I had this game, “Fight of Gods,” drawn to my attention. It seems to take the “Buff Jesus” meme image and turn it into a video game. If you don’t know the image I’m referring to, here it is: 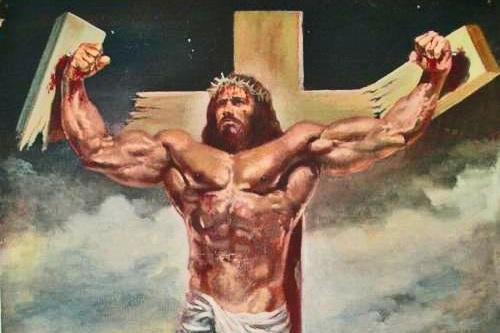 This way of thinking about Jesus – or ignoring him and substituting other symbols – seems to be growing in popularity in certain circles. Someone recently told me to Google “Deus Vult” as an image search, if I wanted to discover a whole realm of profoundly disturbing white “Christian” nationalist material that would like there to be another Crusade in the historic sense of the word.

A lot of that crowd is apparently also involved in another Steam game, Crusader Kings, as one can see from the subreddit focused on that game. But similar kinds of things can be found elsewhere, such as the Faith & Heritage website that another academic drew my attention to.

The internet has certainly contributed something major to disturbing viewpoints such as these: where in the past one might have read hand-typed newsletters from fringe sources that one received by mail, there wasn’t the opportunity for tiny subsections of society in any given location to come together from around the globe online and get a sense that they are in fact a significant force in terms of sheer numbers.

Returning to “Fight of Gods,” the reactions online largely range from dismay to bemusement. For instance, Sam Foxall writes:

When first announced, Fight of Gods looked to be your standard heavenly brawler with the usual assortment of deities from the Norse, Chinese and Greek pantheons. Then developer Digital Crafter announced that the prophet Moses was playable, with the Ten Commandments at his weapon. Now, as Fight of Gods launches on Steam Early Access, Digital Crafter has revealed that Jesus and Buddha are also joining the roster.

While Buddha is an out there choice, this is the first time I have ever seen the Son of God in a fighting game. He joins as the roster after literally tearing himself down from the True Cross and using the arms as make-shift knuckle dusters. It brings a whole new meaning to the phrase ‘cross-up’.

I’m a bit rusty on my Bible knowledge, but I don’t remember the part of the Gospel of Matthew where Jesus beats all the money lenders in a first-to-ten…

Wesley Yin-Poole thinks the whole thing looks awful, while also raising questions like whether Moses should be in a game of fights between gods – and whether Jesus should either, for that matter. Here’s an excerpt from his article:

Fight of Gods is an awful-looking 2D fighting game that attempts to answer the eternal playground question: who would win in a fight between Jesus and Buddha?

Really. As of today you can actually play as Jesus and beat up Buddha.

Jesus punches Buddha in the face with the splintered parts of his cross, which are still nailed to his wrists because Jesus doesn’t waste any time. He also wears a crown of thorns and a belt of thorns. Buddha, on the other hand, can slap Jesus into submission.

You can also play as Moses and use the 10 Commandments to bash in your enemy’s face, then drown them in a parting of the sea special move… 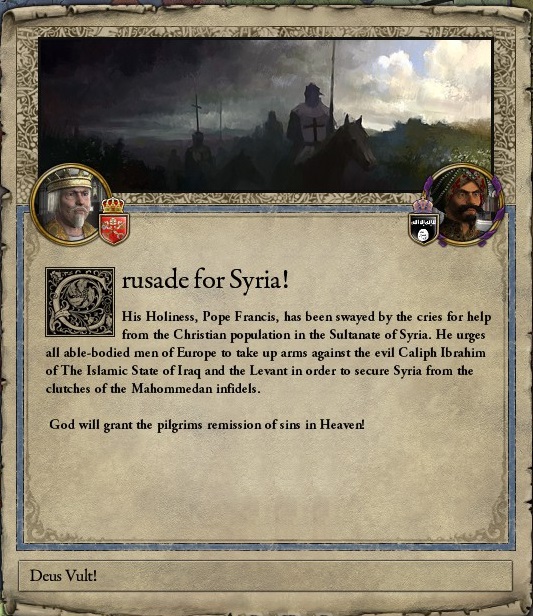 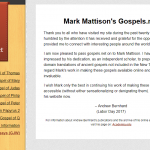 September 7, 2017 Gospels.net Changes Hands
Recent Comments
6 Comments | Leave a Comment
Browse Our Archives
get the latest from
Religion Prof: The Blog of James F. McGrath
Sign up for our newsletter
POPULAR AT PATHEOS Progressive Christian
1