Terrible Review of What Sounds Like a Terrible Book

Terrible Review of What Sounds Like a Terrible Book September 9, 2017 James F. McGrath

The quotations in the image below, which is embedded in the review of David Fitzgerald’s latest (three–volume!) book of half-baked and poorly-argued nonsense that appeared on the blog Debunking Christianity, is supposed to boil down what is positive about his books to their essence. But in fact it illustrates his inability to recognize when he doesn’t have a valid point and/or is not making a logical, reasoned argument. Here is the image: 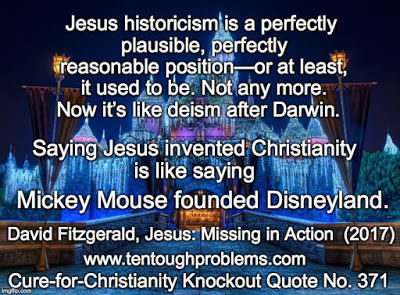 Let’s consider each of the two points above. First, Darwin did nothing to make Deism implausible or unreasonable. Fitzgerald seems to share the same mistaken view of evolution that evolution-deniers promulgate, which is that Darwin’s theory was about the question of origins, rather than the history of development of life regardless of how it originated. And indeed, plenty of people today are happy – and not unreasonable – to accept everything that science has to say about not only the history but the likely process leading to the origin of living things, and yet to think that the question of the origin of the universe – the question of why there is something rather than nothing – is of a different sort, and makes it appropriate to talk about God in the sense that Deism does.

As for the second statement, these kinds of short statements are regularly made by mythicists and young-earth creationists and various other denialists, but it doesn’t take much analysis or critical thinking to recognize that there is no substance to them whatsoever. One could easily say “Saying Jesus invented Christianity is like saying Kurt Vonnegut invented the Kurt Vonnegut Museum.” There are organizations, museums, and memorials to fictional and to historical people. Just placing Mickey Mouse and Jesus (or Batman or anyone else) side by side in a sentence doesn’t constitute a persuasive argument. Indeed, it doesn’t constitute an argument of any sort.

As you will see from the review on Debunking Christianity, these issues are typical of Fitzgerald’s latest work, just as they were of his earlier book Nailed which I reviewed here a long time back.

For an example of detailed, logical argument of the sort that one actually finds in what historians and historical scholars write about the historical Jesus, you may want to take a look at Tim O’Neill’s blog post about the Tacitus reference. As with science or any other field, the issue is not about professionals vs. amateurs but the rigorous methods and processes that make scholarly consensuses, when they exist, something that does not deserved to be dismissed or caricatured in the manner that mythicists and other denialists do. 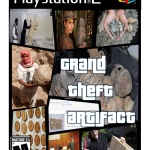 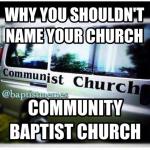 September 10, 2017 Community Baptist Church
Recent Comments
50 Comments | Leave a Comment
Browse Our Archives
get the latest from
Religion Prof: The Blog of James F. McGrath
Sign up for our newsletter
POPULAR AT PATHEOS Progressive Christian
1