Above you will find the video recording of the first of this year’s public lectures in the Butler Seminar on Religion and Global Affairs, this year’s theme being “Religion, Refugees, and Migration.” This first lecture, “Moving from Majority to Minority: Middle East Refugees,” featured Joshua Landis as keynote and Rima Shahid as respondent.

You’ll notice that Transylvania appears on the screen in Landis’ part of the presentation. I’m working on developing a short-term study abroad trip to that part of the world for next summer, and I’d be interested to hear from faculty at other institutions who might like to run bundled trips to the same destination. I think it is a particularly fascinating region precisely because it doesn’t see either the new borders or the ethnic cleansing that either the former Czechoslovakia or the former Yugoslavia witnessed in the aftermath of the fall of Communism. I bumped into a Romanian here in Indianapolis just the other day, and ended up talking about this very thing. He mentioned the tragedy that, even now, politicians are fostering tension between Romanians and Hungarians in Transylvania. And yet he reflects the conviction that the region, whatever nation it resides in, belongs to all its diverse inhabitants who have been there for centuries upon centuries. If you’d be interested in taking a group of students from your university to Transylvania next summer (a place where most parents will feel that there is no need to worry about terrorism, and so enrollment should be strong), please let me know!

In her response, Rima Shahid mentions an individual who went to a mosque hoping to wreak destruction and death, and ended up converting to Islam. You can read more about that story in USA Today.

Before closing with a video from Shahid, a Hoosier Muslim, let me emphasize the evidence for one of her points in the public lecture above. While it is easy to fall into the “no true Scotsman” fallacy in instances like this, on the other side, we often hear cries of “where are all the moderates calling out the extremists?” And so I had been collecting for a while some of those very responses: the imams who refused to perform funerals for attackers in the UK; efforts by Muslims to raise money to help the victims of those same attacks; and of course, the earlier fatwa from Muslim scholars prohibiting suicide bombings outright. That evidence is there, and has been all along. If you never seem to hear it, then you should ask why the sources that you trust are not telling you these things, and where you should turn to at least substitute if not indeed replace those sources with less biased ones.

The same applies if your chosen sources lead you to view a whole category of your fellow human beings with suspicion, fear, disgust, or anything else of that sort. 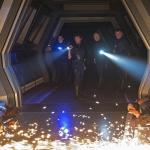 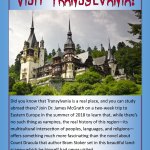