Jonathan Tweet has shared thoughts about his recent debate with Richard Carrier. Here is an excerpt:

While preparing for the debate, I was shocked to find out how insulting Dr Carrier is to other scholars. His negative words about Bart Ehrman were particularly galling since I have read a lot of Ehrman’s work and value his contributions to my understanding of early Christian history. Ehrman has taken it on himself to popularize Jesus research so that regular folks like you and me can get a look at what the scholars are saying, and that’s wonderful. In my own humble way, I’m a popularizer myself, having written a children’s book to teach kids that we evolved from fish. Dr Carrier’s comments about other scholars disturbed me so much that I felt quite ambivalent about giving him a platform and helping him sell books, but the debate was already scheduled, and I went on with it. Dr Carrier and I shared our notes with each other ahead of the debate, and he took issue with the way I was going to bring up his treatment of Ehrman and other scholars. I dropped that material from my notes, but it was still on my mind. In the debate when Dr Carrier said that other scholars are 100 years behind if they haven’t read his book, that might seem like innocent hyperbole, but it set me off. The moderator received a question from the audience asking me to explain why that claim set me off like it did, but he declined to ask that question in the Q&A, so I didn’t have the chance to explain myself. Here’s what I was getting at. If Dr Carrier says that other historians are 100 years behind, he’s implying through simple algebra that he is 100 years ahead of other historians. That’s a striking claim, and I don’t want people to miss it. Since no other historians have adopting Dr Carrier’s view, he is, by his own estimation, the world’s leading expert on Christian origins. If his hypothesis is right, he is the only historian who understands how Christianity really started and how the gospels were really written. In fact, he’s not just 100 years ahead of other scholars, if he’s right then he is 2000 years ahead. Dr Carrier doesn’t press this point himself, and in fact he backed off of it when I questioned him about his “100 years” comment, so it falls to people like me to point it out. He also claims to be ahead of other historians in his use of Bayes’ Theorem. Perhaps in the future, Dr Carrier will be recognized as history’s most important Jesus scholar, as well as the founder of truly modern historical research. Perhaps.

What did you think of the debate? Were you surprised that the audience shifted in the direction that they did? Why do you think that a promoter of fringe views, who arrogantly and inaccurately declares himself the world’s leading (and perhaps only real) expert not only on Jesus but on historical methods, is taken so seriously by significant numbers of atheists? What factors do you think most help other atheists to recognize Carrier’s claims for what they are?

Also on the topic of mythicism, Bart Ehrman shared a couple of posts a while back that I’ve been meaning to share here. In one, he responded to a question about whether he’d be devastated if mythicists turned out to be right. Here is part of his response:

Since I am an agnostic who does not believe in Jesus, one could easily argue that a mythicist position would be more attractive to me personally. I too could then argue, as a scholar, that Jesus did not exist and that people should seriously consider leaving the Christian faith as I myself did.

So why don’t I argue that, if it would be more palatable with my personal view of the world? Because I’m a historian, and I think evidence really matters, and it matters that we get history right, so far as we can. If we rewrite history according to our own agendas and in light of our own deeply vested interests, how are we any better than other ideologues — for example those that made such a mess of the twentieth century, in various parts of the world, with their rewriting of history? We simply cannot allow ourselves to rewrite history to suit our purposes.

But if based on our historical investigations we come to learn something we did not know before, or come to see something we did not believe before, or find out that our previous views of something were wrong – we need to change what we think! This applies to believers and non-believers both. No one should be afraid to go where they think the “truth” (however you define it) is leading them.

Would I be traumatized if the mythicists were right after all? Not in the least. I would probably feel energized. But I can’t allow that expected outcome determine what I find when I engage in the difficult task of coming to understand what happened in the past…

In the other post, he talked about what he finds shocking about mythicists:

What is shocking is not that they don’t know much about, say, the New Testament – that’s true of most people on the planet — but that they have so many firmly held misconceptions that are just factually wrong. (I’m not talking about wrong interpretations that can pretty easily shown to be wrong – I’m talking about simply wrong factual information)…

Elsewhere in the blogosphere on the subject of mythicism, Anthony Le Donne and Chris Keith had their work misrepresented in the service of mythicism a while back.

See also Tim O’Neill’s overview of the Christ Myth viewpoint and its claims.

Finally, I’ve found that mythicists are often among those who are prone to misuse the term “refuted.” 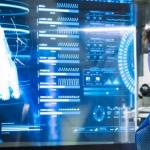 October 11, 2017
Star Trek Discovery: The Butcher's Knife Cares Not for the Lamb's Cry
Next Post 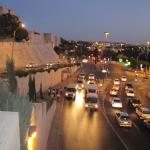 October 13, 2017 Michael Pahl on Jesus and Gehenna
Recent Comments
280 Comments | Leave a Comment
Browse Our Archives
get the latest from
Religion Prof: The Blog of James F. McGrath
Sign up for our newsletter
POPULAR AT PATHEOS Progressive Christian
1