A call for papers that some readers of this blog will be very interested in:

This special issue of TWC explores the potential of fan fiction as an interpretative model to study ancient religious texts.

Fan fiction writers are readers of texts who become writers of their own texts. Fans engage with the universe created by the makers of a specific series, film, or book, to which they refer as “canonical” material. For example, they create new storylines, “repair” plots they do not agree with (fix-it fic), write prequels or sequels, and fill in scenes that are missing.

A similar relationship between the reception of existing material and new text production existed in early Judaism and Christianity. Scholars increasingly question the idea that the early Jewish and Christian religious texts constituted an immutable tradition which was handed down as unchanged as possible. Boundaries between biblical and para-biblical texts are slipping. Instead we are confronted with a fluid textual tradition, in which there was a high continuity between production and reception. The ongoing production of texts enabled the constant reimagining of the textual tradition, as well as the negotiation of this tradition’s authority. Contemporary fan fiction offers particularly helpful perspectives for the engagement with creative literary production in relation to already existing corpora of material. It provides excellent heuristic tools for exploring questions of textual authority and for foregrounding the role of the audience/“fans” in the production of texts and traditions.

We invite essays that apply fan fiction as an interpretative model to study any text(s) in the range of Hebrew Bible, Septuagint, Dead Sea Scrolls, Pseudepigrapha, New Testament, Christian Apocrypha, or Rabbinic literature.

Questions to explore may include, but are not limited to:

Submission guidelines
Transformative Works and Cultures (TWC, http://ift.tt/zAFnrI) is an international peer-reviewed online Gold Open Access publication of the nonprofit Organization for Transformative Works copyrighted under a Creative Commons License. TWC aims to provide a publishing outlet that welcomes fan-related topics and to promote dialogue between the academic community and the fan community. TWC accommodates academic articles of varying scope as well as other forms that embrace the technical possibilities of the Web and test the limits of the genre of academic writing.

See more on the Transformative Works and Cultures website. 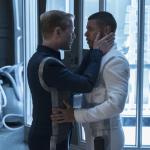 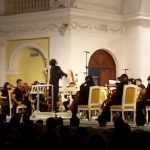 November 16, 2017 Gara and Faraj Garayev
Recent Comments
1 Comment | Leave a Comment
"Wasn't even aware of it."
James F. McGrath Revisiting Mythicism
"Did you get a chance to read Carrier's recent rant against you? See https://www.richardcarrier...."
John MacDonald Revisiting Mythicism
"Would literalist Christians reject the contents of Q knowing that they originate with John the ..."
Barros Serrano James McGrath at AAR/SBL in Denver
"These sound awesome!"
John MacDonald James McGrath at AAR/SBL in Denver
Browse Our Archives
Related posts from Religion Prof: The Blog of James F. McGrath