I was trying to decide what to focus on in my post about my first day in Boston at the American Academy of Religion and Society of Biblical Literature annual meeting, when I saw this comment on one of my posts about Star Trek: Discovery:

When interpreting Star Trek we have to start with the presupposition that Star Trek is inerrant. So when we are faced with an apparent contradiction like this we have to look at possible solutions: e.g. has it been established that STD is in the same universe as TOS? Do we know that they didn’t later discover some flaws with that scientific breakthrouh?

Those possibilities are all more probable than Star Trek being in error.

This connects with two points that were emphasized or touched on at the workshop on fake news and religion that I attended yesterday.

One was the question of tensions within the thinking of young-earth creationists and others on the religious right. Those who hold views that appear contradictory to others may in some cases simply never have thought about the issues in question. But quite often, they are simply adept at constructing a larger framework within which they reconcile the conflicting data. We see this in fandoms as in religion and politics. Harmonizing discrepancies involves great mental acumen and creativity. There are plenty of legitimate criticisms of fundamentalism that one can offer, without making the inappropriate and often simply false accusation that fundamentalists are stupid.

The other connection to yesterday’s workshop has to do with satire. Two presenters talked about The Onion and the fact that students do not always recognize it as satire. I was sorry that Poe’s Law never came up. I wonder whether all readers could detect that the comment about the inerrancy of Star Trek is satire, without a smile or wink.

It has been a great conference so far, and it has barely really started yet… 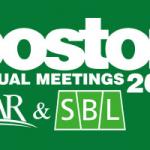 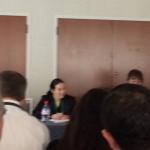 November 18, 2017 Liquid Scripture at #AARSBL17
Recent Comments
1 Comment | Leave a Comment
"God and the Word are spirit not flesh. God individually created the Angels and they ..."
Bob Shiloh Missing Half of God
"Why would it make any difference whether Junia was related to Paul? That wouldn’t tell ..."
VinnyJH Mythicism and the Early Christian Band
"Thank you both for the useful thoughts about gender, and for the reminder about Mothering ..."
James F. McGrath Missing Half of God
"Of course, there's also the issue of gendering God in the first place. We're perhaps ..."
Scurra Missing Half of God
Browse Our Archives
get the latest from
Religion Prof: The Blog of James F. McGrath
Sign up for our newsletter
POPULAR AT PATHEOS Progressive Christian
1