What Does The Bible Literally Say?

What Does The Bible Literally Say? December 30, 2017 James F. McGrath 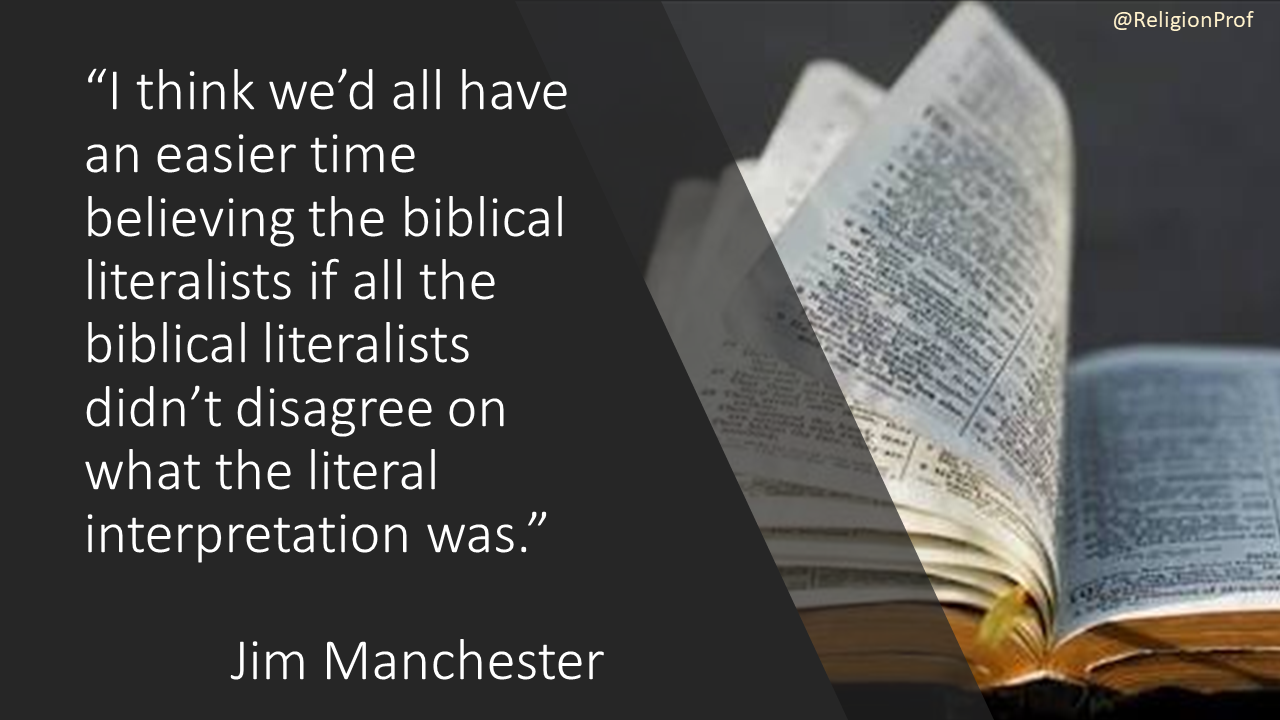 The Bible does not literally say anything, because books do not literally talk, and the Bible as an anthology certainly doesn’t speak with a single voice even metaphorically.

Jim Manchester said the words in the meme on Facebook, when sharing my blog post about biblical literalism. I asked for permission to turn what he said into a meme, and he agreed.

Of related interest, I came across the blog of David Schell, who writes:

This forces Biblical literalists to accept all manner of harebrained ways of explaining away the contradictions in the Bible and between their interpretations of the Bible and science.

Click through to read the rest of the post, which emphasizes the need to question one of several presuppositions that this logic is based on. He has another great post about the danger of confusing one’s ideas about God with God. Here is a snippet:

On the contrary, many such “attacks” are not attacks on God at all. They are attacks on dangerous false ideas about God, and as such are defenses of God’s character, not attacks on it.

Let those with ears, hear.

December 31, 2017 Call for Book Chapters on The Anthropological Study of Religious and Religion-Themed Mobile Apps
Recent Comments
88 Comments | Leave a Comment
Browse Our Archives
get the latest from
Religion Prof: The Blog of James F. McGrath
Sign up for our newsletter
POPULAR AT PATHEOS Progressive Christian
1