Reading is Believing? Sacred Texts in a Scientific Age
CALL FOR PAPERS

Abstracts for short papers from any academic discipline are invited for this multi-­‐disciplinary colloquium at the University of Cambridge. Funding for UK travel and conference accommodation is available for successful submissions.

Belief in divine revelation through scripture lies at the heart of both Islam and Christianity.
Exegetes in these two religious traditions have long endeavoured to interpret their sacred texts in light of both their perceived divine origins, as well as their relationship to local cultures and contexts. From the late 18th century onwards, a prevailing emphasis on the power of human reason to make sense of the world around it led thinkers in both traditions to adopt new hermeneutical strategies in order to accommodate emerging avenues of knowledge. At the same time, traditionalists argued for more static exegetical models that resisted innovation and change.

In the 20th and 21st centuries, rapid developments in science and technology have raised questions for scriptural interpretation. These include, but are not limited to, issues surrounding medical and technological ethics, human identity within a Darwinian worldview, environmental responsibilities, and the existential possibilities posed by quantum realities. More broadly, widespread cultural changes have prompted Christians and Muslims to re-­‐examine their scriptures on specific contemporary issues such as globalisation and human rights, gender and sexuality, and models of political and economic organisation. These various debates have emerged and developed in the context of changing authority structures, according to which – particularly in Islam -­‐ the qualifications required to interpret scripture have themselves been subjected to new interrogations and contestations.

This multi-­‐disciplinary colloquium will examine ways in which the modern world has posed
challenges to the scriptural traditions of Islam and Christianity, and will explore how exegetes and believers within each religion have responded. Although the focus is on the relationship of modern science to scripture, it is intended that the colloquium will also address wider themes and issues in the area of contemporary culture and exegesis. Placing the scientific questions within a broader framework in this way will enable fruitful cross-­‐disciplinary conversations to emerge, and will further scholarly understandings of scriptural exegesis and its engagement with the modern world.

The colloquium will address the following core questions:

Scholars from any academic discipline are invited to submit a 250-­‐word abstract for a 20-­‐minute paper that addresses one or more of the colloquium’s core themes outlined above. Comparative papers are welcome, but it is expected that most papers will address either the Islamic or the Christian tradition. Submissions should fall within one of the following three strands:

Abstracts should be submitted to Dr Caroline Tee at ct500@cam.ac.uk by the deadline of
12.00 on 31 December 2017. Decisions on acceptance will be given by the end of January 2018.
Travel (within the UK) and accommodation costs for two nights in Cambridge for presenters will be covered. Submitting scholars should indicate whether they wish their paper to be considered for inclusion in a volume of proceedings, or journal special issue, that will be co-­‐edited by Dr Hilary Marlow and Dr Caroline Tee, and prepared for publication in 2018. Proposals should include the following information:

This colloquium is connected to a research project entitled ‘Science and Scripture in Christianity and Islam’, housed at the Faraday Institute for Science and Religion, St Edmund’s College, Cambridge (http://www.faraday.st-­‐edmunds.cam.ac.uk) and funded by the Templeton World Charity Foundation. The project explores the engagement of professional research scientists of Muslim and Christian faith in the UK with their scriptural traditions, and considers the ways in which textual hermeneutics shape the relationship between science and religion. More information is available at:
www.sciencescripture.org
https://www.facebook.com/ScienceandScripture/
https://twitter.com/SciScripture 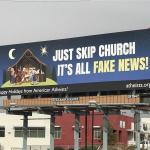 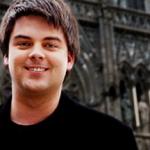