Anyone who has learned a language has worked with vocabulary lists. Sometimes these are provided in a textbook, chapter by chapter and/or in an appendix. Sometimes these are handwritten and carried around in our pockets for convenience of review in between time spent with printed materials, as we seek to learn new vocabulary. Students of ancient languages will also be familiar with publications that list books by frequency, something that it is harder to produce for a living language in which word frequency will vary from conversation to conversation. In Biblical Hebrew Vocabulary by Conceptual Categories, J. David Pleins, with assistance from Jonathan Homrighausen, provides something that many of us will have sought to produce to a much lesser extent in our handwritten vocabulary lists, and which we rarely find in textbooks, namely a collection of words (limited mostly but not entirely to nouns) grouped by their domain of meaning and reference. In this volume, one finds various words for “wine” listed together with other words for alcoholic beverages, in close proximity to other words about beverages, which in turn are found together in a larger section related to food and its production. So too with musical terms and terms for instruments, or parts of the body. The former was of particular interest to me in relation to my teaching on the Bible and music. While anyone researching that topic will encounter the range of terms denoting musical instruments, and will wrestle with our uncertainty about the meaning of some of this vocabulary, the groupings (flutes, horns, string instruments, and bells and other percussion) and range of different terms may not be as readily apparent. Hapax legomena and rare words are marked as such, and so in the case of parts of the body, one can discover that three words that refer to the temple (in the anatomical sense, on the human head) are rare or unique within the Bible. The extent of Hebrew vocabulary in the Bible for flora and fauna is likewise something that one might never grasp encountering that vocabulary in textbooks, lexicons, or the biblical text itself.

One aspect of these word lists that surprised me was separation of words with the same or largely overlapping semantic range as a particular English word, which were nonetheless separated (although not by much, given the nature of the groupings of the words in any given list). The reason different words that are thought to mean “new wine” or “foreigner” are separated from one another is a simple and logical one – the Hebrew words in any given section are placed in alphabetical order. Given the focus on conceptual categories in the volume as a whole, however, it seems as though it might have been more useful – or at least, more interesting – to have the vocabulary listed under the heading “Sheep, Goats” likewise place all words denoting a “ram” together.

Be that as it may, the book is a fascinating one. I will be interested to find out whether it benefits those learning Hebrew for the first time. In the introduction, Pleins provides clear indication of some of the exciting lines of research that could potentially result from or be inspired by these lists. Do different words for the same objects tend to occur in particular texts? Are there other differences of terminology that also characterize the texts in question? Might those differences help with the relative dating or the geographical localization of those texts? Source critical efforts could also be aided by noticing such differences.

A bibliography is provided towards the front of the book, with individual vocabulary entries often directing readers to those volumes for specific information. This is complemented by an appendix that offers recommendations for further reading related to specific conceptual categories – colors or time, for instance – while also noting (once again very usefully for those seeking avenues ripe for further research) where there is a lack of focused guide materials that provide an overview to a particular realm of terminology – surprisingly, cultic objects, clothing, and kinship are among these.

I think that anyone who works with or is interested in the Hebrew Bible will find this volume useful. I am confident that, at the very least, they will find it extremely interesting. What seems most worth highlighting in this review is the fact that, unlike most books of vocabulary lists, this one is likely to benefit the more advanced student or scholar at least as much as, if not indeed much more than, the beginning or intermediate learner.

I recommend the book, and also invite those who read my blog who (unlike me) focus primarily on Hebrew language and/or Hebrew Bible. What has your experience been with the book, and what new insights or avenues of inquiry has it opened up for you, if any? 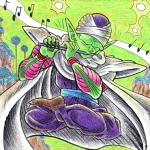 March 2, 2018 Your Pick of Piccolo
Recent Comments
8 Comments | Leave a Comment
"I'll undoubtedly take a look at the book once it is in my local public ..."
James F. McGrath Mythicism, Monotheism, and Mandaeism
"This is interesting: Carrier just posted about his new book "Jesus in Outer Space" which ..."
John MacDonald Mythicism, Monotheism, and Mandaeism
"I agree that humans invented language for things. The meaning lies in us, but not ..."
EdwardTBabinski Inerrancy is for Slavery
"Though to be fair, my comment about growing bored after rereading even a great book ..."
EdwardTBabinski Inerrancy is for Slavery
Browse Our Archives
get the latest from
Religion Prof: The Blog of James F. McGrath
Sign up for our newsletter
POPULAR AT PATHEOS Progressive Christian
1