Natural Order of the Family?

I had someone’s meme drawn to my attention on Facebook. It was this: 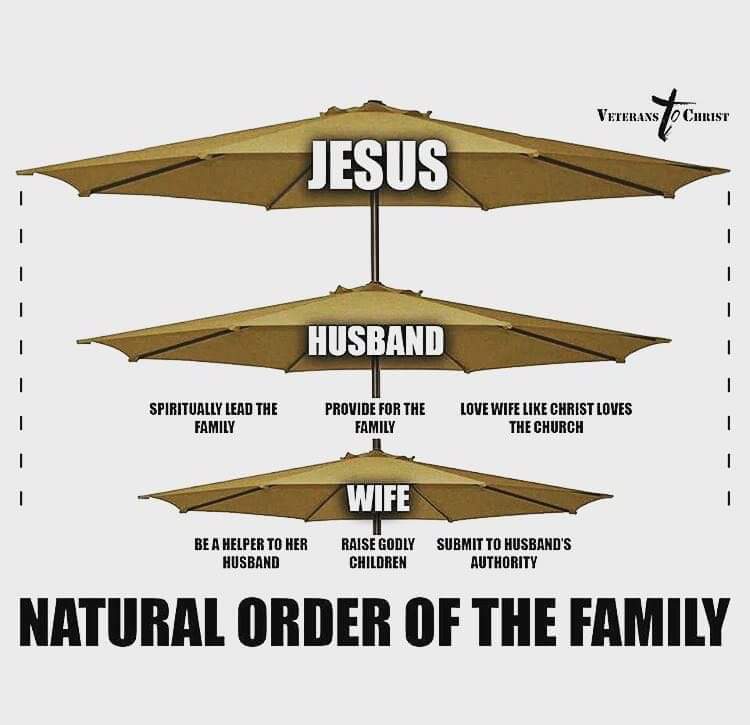 It was already annoying and problematic just in its complete ignoring of whether this thing that they consider to be “what the Bible says” about family is “natural.” Surely lots of things are “natural” but not “biblical” even within a fundamentalist patriarchal view of marriage, no?

At any rate, between that and the ignoring of all the inconvenient material within the Bible that shows marriages involving polygamy and other things that modern fundamentalists not only do not advocate for, but actively oppose, I decided to have some fun with the meme and do some editing. 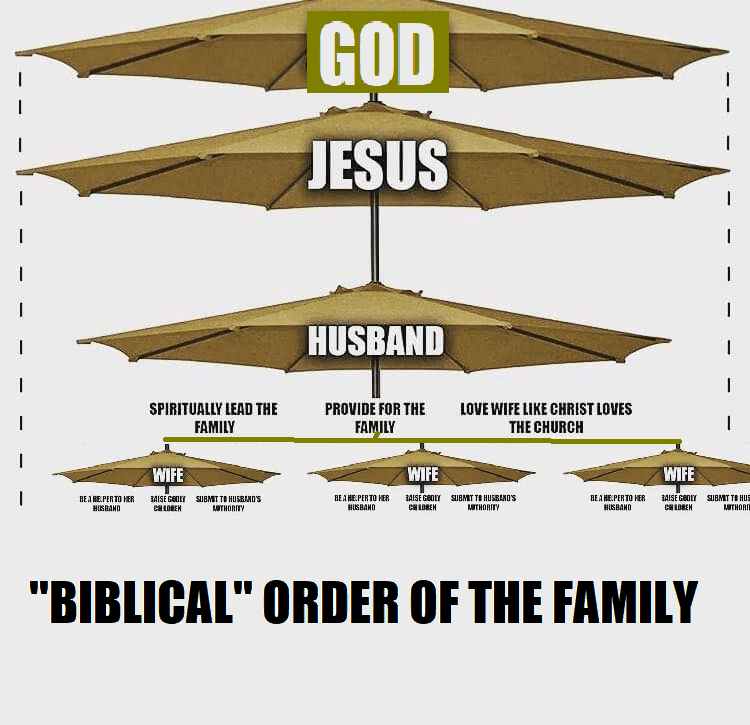 I started at the top, because the text that is in the background is presumably 1 Corinthians 11. That’s a text which anyone who has studied it in Greek will know is difficult to make sense of, and in which it is very possible that Paul is quoting the Corinthians. If so, then that has to impact how one understands its point! But leaving questions about quotation marks to one side, taken at face value, that text says that the head of Christ is God. And so one can only use that text to advocate for the natural subordination of women if one wants to also say that Christ is naturally subordinate to God. Since most patriarchal conservative Christians are also theologically conservative and subscribe to Trinitarianism and the full divinity of Christ, this ought to give them pause before they latch onto the passage.

Then it seemed appropriate to also add the fact that inherent in the patriarchal view of men and women, of husbands and wives, it the approach to marriage that treated women as property, so that ownership of them passed from father to husband, and a man could thus own more than one wife, while a wife could not be owned by more than one husband, hence the inequality that we see reflected in the existence of polygamy but not polyandry in ancient Israel.

Of course, in the New Testament we don’t find polygamy as a widespread practice. There are even texts that can be understood to speak against it. But in order to recognize that, one must allow for there to be tensions between different biblical authors. And once one does that, then why not also listen to Ephesians when it calls for wives and husbands to submit to one another in love?

Obviously one can bring in extrabiblical arguments into a discussion of marriage. But when dealing with problematic fundamentalist claims and stances, I find it is often more helpful to show how the view is biblically problematic.

Or “naturally” problematic, if you prefer that terminology… 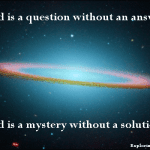 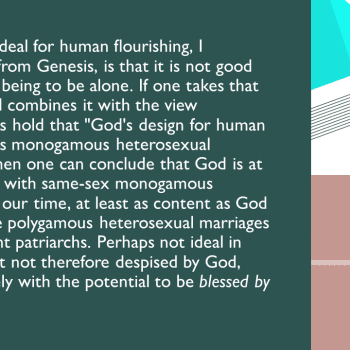