I received an e-mail from a blog reader a while back, and have long meant to share it here in case others found it – and my reply – interesting.

I have been a follower of your blog for a while now, always enjoyed hearing your opinions on religion and biblical interpretation.

While I appreciate that you are doubt a busy person, I had a couple of questions in regards to some of the things I’ve read on your blog.

First off, I know that you consider yourself a Panentheist, and I find something appealing in the ideas of Clayton and Moltmann myself in that regard. However, something that always seems to evade my own understanding is what traits we expect the ‘Ground of all Being’ to have. For instance, do you believe that said Ground could be described as conscious? I ask because while I am open to different views of God, I worry that some of this discussion is basically reducing the term ‘God’ to purely a metaphor for human hopes or ideals rather than a metaphor for any form of actual divine presence that actually gives a fig about us in any way.

Secondly, while I understand that you are sceptical of the prospect of an afterlife, I wonder what your opinion would be on the possibility of a physical resurrection, and could that be something that a Christian could responsibly hope for, if not expect. Tying into this, I know, as you’ve asserted multiple times on your blog that we cannot expect to prove the Resurrection happened historically, but would you say there is still room to hope for the possibility that it happened?

Finally, in terms of believing in God, what would you say to someone who claimed that there was no reason to posit any kind of divine presence, who would claim that with no evidence, any beliefs in any kind of God is simply naïve at best, which I personally feel is perhaps the biggest challenge atheists and sceptics have levelled against religion. To perhaps put it in better terms, what rational basis do you think we have for being Christians?

For context, I’m a student studying world religions in college, which naturally has me dwelling on these questions for a bit and I feel your two cents might help me make better sense of the bigger picture. While I’m not sure I’d consider myself a full-on liberal Christian [Not least because that term can be somewhat vague at times], I do understand the need to move away from some of the more ‘dogmatic’ aspects of Christianity.

I understand you’re probably quite busy, but if you could respond to me sometime in the near future, I would be grateful.

If these are things you’ve already covered in your blog and I’ve simply missed, I apologise for wasting your time, and would appreciate being directed to those posts.

Thanks for taking the time to read this, and hope to hear from you soon.

Here is what I wrote in reply:

I apologize for having neglected your e-mail for almost a year. I had indeed addressed the topics that you asked about on my blog, but I had intended to go back and track down some of those posts and send them to you. At this stage, I think the best thing to do to make amends for my long silence will be to actually write some new blog posts on the topics that you asked about. But I do want to say a couple of things as brief answers by e-mail so that you don’t have to wait even longer than you already have. I think that we do indeed need to be cautious, because it is very easy to turn a move away from excessive anthropomorphism in our talk about God, in the direction of delimiting God just in different ways from conservatives. And while I do think there are limits to what we can prove using historical tools, I don’t think there is any limit to what we can hope for. And I think that, while we need to take what fields like science and history tell us fully into account as we formulate our worldview, including those hopeful aspects of it, I have yet to find someone who fails to hope for things beyond those which can be proven.

Apologies again for the long delay in replying. I hope you are well!

How would you have responded, if the question had been posed to you? What else would you have added? I probably should have worded one part more carefully: there are no limits to what we can hope for, apart from those provided by evidence, assuming (as I do) that we allow evidence to constrain our beliefs. I do not find hope for that which is without evidence, but which is not incompatible with evidence, objectionable in the way that I find the assertion of beliefs that are at odds with available evidence. Whether we ought to hope for things that we do not have clear evidence for is a different matter – but I think we all do so, if we are honest. Would you agree?

Of related interest, see Pete Enns’ recent blog post about the lack of bodily resurrection as a form of afterlife expectation in the Jewish Scriptures/Protestant Old Testament, apart from in the Book of Daniel. 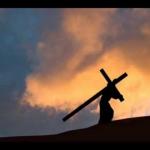 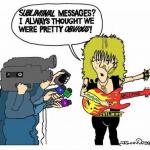 March 21, 2018 Secret Mark and Rock Lyrics
Recent Comments
14 Comments | Leave a Comment
"It occurs to me the fundies are right in a sense. There is a "slippery ..."
Iain Lovejoy Revisiting the Slippery Slope
"Not sure I agree. There seems to me to be two ways people commonly move ..."
Iain Lovejoy Revisiting the Slippery Slope
"Thanks. I certainly agree that Paul and the believers who preceded him were heirs of ..."
robrecht The Aims and Ending of Luke-Acts
"Thank you for a thoughtful/insightful comment...I would argue that what frustrates me about fundamentalists is ..."
Charlie Rivers Revisiting the Slippery Slope
Browse Our Archives
get the latest from
Religion Prof: The Blog of James F. McGrath
Sign up for our newsletter
POPULAR AT PATHEOS Progressive Christian
1