It’s time to return once again to the subject of Jesus mythicism, the stance that denies the overwhelming consensus of professional historians and scholars that there most likely was indeed a historical Jesus of Nazareth. Evidence about his brother James (Jacob) is an important factor in historical reasoning on this subject.

Tim O’Neill shared a blog post not that long ago about James, the brother of Jesus, and why he represents really strong evidence for the historicity of Jesus (despite what some may tell you). Here is an excerpt from his blog post:

Even the most determined proponents of the Jesus Myth thesis are forced to admit that this passing reference is difficult to get around. A few try some rather weak gambits to dismiss it, claiming that Paul saw visions (which is true) and so was psychotic and delusional (which does not follow at all) and so can be ignored. Others simply try to claim he was lying about meeting James. Neither of these dodges work, given that Paul is not talking about seeing James in a vision, is not boasting about meeting Jesus’ brother and is actually mentioning it in passing in a way that rather undercuts the argument for his independent authority that he is trying to make. So all but the most boneheaded of Mythicists have to admit that Paul did indeed meet this James.

Click through to read the rest. Tim goes on to note that even Richard Carrier (who has a PhD) begrudgingly decides that this piece of evidence is 2:1 in favor of the historicity of Jesus. What the rest of his Bayesian enterprise seeks to obscure is that that ought to settle the matter. If you know my sibling and they mentioned me, but you have also heard a number of improbable things about me (whether that my parents won the lottery just in time to pay the medical bills after I was born, that I have been interviewed by MTV News and E! Online, or that I have a tenure track position at a university), the latter details should not be evaluated as reasons to doubt my historicity. This sort of probability calculation may be appropriate to figuring out the likelihood that some individual in theory would happen to have my unique combination of characteristics. But once my existence is established, even ludicrous claims that turn out to be false do not make my existence less likely. In essence, Carrier’s approach commits the same blunder that undergraduate students sometimes do before coming to grips with how historians work. Each piece of evidence needs to be evaluated on its own merits. And the fact that some evidence does not confirm something should never be treated as undermining what the positive evidence shows. If surveillance video footage and fingerprints place you at a crime scene, the fact that your fingerprints were not found on the exterior door handle of the building in which the crime occurred, or one particular camera failed to record you, is irrelevant – or should be.

Elsewhere in recent online discussions related to this topic, Pedro Rosario’s blog deserves a look. Also, John Loftus shared (frankly rather shocking) news about a Baptist minister named Calvin Kelly who lost his faith, apparently at least in part because he found Joseph Atwill’s ridiculously implausible views to be so persuasive, that he became an atheist. Jerry Coyne continues to spout denialist views about history despite knowing just how problematic that is in relation to his own field, biology. I was disappointed to see Mike Duncan call the overwhelming consensus of historical scholarship, based on painstaking sifting through the evidence, a “bandwagon argument.” I was also surprised that a recent Beliefnet article about the value of reading Josephus for Christians failed to mention that he refers to “James the brother of Jesus called Christ.” I think that is what the individual had in mind when they referred to the deaths of apostles – a statement that is otherwise incorrect.

Of related interest, there is an article by David Neal Greenwood from 2014, “The alethes logos of Celsus and the historicity of Christ” that I do not believe I’ve mentioned here before. See as well the new TV series Craig Evans will be hosting on an Evangelical TV channel, as well as the debate between Richard Carrier and Jonathan McLatchie, and this debate between Bart Ehrman and Mike Licona regarding the reliability of the Gospels: 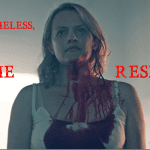 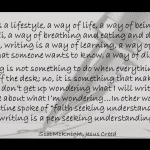