Something in the Chronicle Teaching Newsletter resonated deeply with something I realized in a Digital Humanities reading group that I have been helping to facilitate. I was obviously aware that I have not been maintaining the content on my Butler University web space. But I had not thought about the connection with LMS use. Why not ensure that I maintain web pages with relevant and up-to-date links? It isn’t only or even primarily because the internet changes so fast. It is because the focus of my attention is updating Moodle. But how are the results of searches impacted by the fact that professors lock their collections of links and other curated content away in Moodle or some other LMS where the public doesn’t benefit?

Here is what appeared in the Chronicle newsletter just recently about making course content public:

As a graduate seminar, “Black Womanhood,” a new course team-taught by two professors at the Johns Hopkins University this semester, is designed to be intimate. But the professors, Martha S. Jones and Jessica Marie Johnson, also wanted to widely share the readings they’d curated on a topic they are passionate about. Johnson posted a version of the syllabus — just the readings, not the assignments — on her blog, Diaspora Hypertext. Unlike the conventional policy-heavy document, the public syllabus for “Black Womanhood” was designed to be eye-catching, with lots of images meant to draw readers in. It set out a schedule of readings to keep up with — one week’s are about the trans-Atlantic slave trade, while another’s cover black marriage.

“Feel free to tweet at us (@jmjafrx and @marthasjones_) if you decide to read alongside us,” wrote Johnson, an assistant professor of history and Africana studies. “We would love to hear from you.”

The move has paid off. Within days of the syllabus being posted, some commenters suggested readings to add. A week or two later, Jones was approached by a graduate student after she gave a talk at Yale. “We’re reading your syllabus,” the student told Jones, a professor of history, who previously taught a version of the course to undergraduates at the University of Michigan.

Since then, the syllabus has spread beyond academe. It’s been shared on Twitter, mentioned on blogs, and taken up by political organizers, one of whom used it as the basis for a free online class open to anyone. Some professors who teach less-specialized courses have used the syllabus to locate new scholarship — and scholars, Johnson said. Many of the readings, she notes, were written by black women.

Some people outside of higher education have expressed surprise that such a course exists at all. Some said they wish the subject had been taught in grade school. Successfully reaching a broader audience, Jones said, is “powerful stuff.”

“We wrestle with that in the academy,” she said, “this cloistered aspect of what we do.”

“Black Womanhood” is not the first syllabus to gain a broad following. But unlike, say, the crowdsourced Ferguson Syllabus, it was designed to fit the parameters of a particular university course, Jones said. And the Hopkins students, Jones added, can benefit from seeing others engage with the material. “I’m modeling for my graduate students one way among others we can make good on a commitment to broader audiences,” she said.

Even for scholars like Jones and Johnson who are convinced that public engagement should be part of their work, it can be risky. So far, the response to the syllabus has been uniformly positive. But the professors, both of whom are black women who use social media to engage with colleagues, journalists, and the public, know that the internet is not always a friendly place. “I have been on the receiving end of trolls and of hate and ugliness,” Jones said. Should that happen during the course, she said, “I consider that then another opportunity to teach — how we would respond to that.”

Have you ever invited the public to follow along with one of your courses? What happened? How else do you connect your classroom to the wider world? Share your story with me at beckie.supiano@chronicle.com and it may appear in a future newsletter.

I’d love for there to be more discussion of this. What are the ethical implications of not maintaining public resource pages the way we once did as professors? Are we ceding the internet and search engine results to others with less expertise? Should I be setting more of my course preparation materials and resources free? 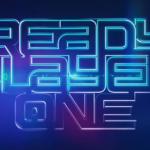 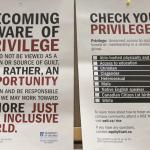 April 10, 2018 Privilege Blindness
Recent Comments
1 Comment | Leave a Comment
Browse Our Archives
get the latest from
Religion Prof: The Blog of James F. McGrath
Sign up for our newsletter
POPULAR AT PATHEOS Progressive Christian
1