The Bible Was Made For Humans

Chris Glaser recently wrote, “as Jesus said of the Sabbath and the fundamentalism of his day, the Bible was made for humankind, not humankind for the Bible.” That comparison seems quite apt to me. Fundamentalists think that pointing to the Bible as though it were God or at least the Word of God inlibrate, it will make things better. But biblical inerrantism is a burden, because the Bible itself resists this straightjacket and pushes against it, to say nothing of other sources of information that do likewise. In much the same way that sabbath observance can be turned into a restrictive burden rather than a restorative and refreshing rest, the same can be done with the Bible.

The Bible was made for humans, and not humans for the Bible.

And of course, one reason for that is that the Bible – and individual things in it like the sabbath – were likewise made by humans. That is not to say that the effort for social justice and healthy balance embodied in the sabbath cannot also be a pointer to the divine, a sacrament of the transcendent. But failing to recognize the humanness or the intended humaneness of the sabbath, or the Bible, turns them into something that undermines the very things (such as justice, freedom, and rest) that they are supposed to help bring about in human lives.

As I wrote in another post of mine, about inerrancy:

In addition to Biblical inerrantists ignoring the most obvious and reasonable explanation of what is in the Bible, they are actually ignoring the most Biblical explanation. The contradictions, discrepancies, and difficulties are there within the Bible, because human beings have put these texts with their differences into the collection we call the Bible. The only way to claim that the collection is inerrant is to allow one’s doctrine about the Bible, brought into the picture from outside the Bible, to tell the Bible that it isn’t allowed to say two different things, but can only mean one of them, or something complex that combines the two.

Inerrancy is all about paying lip-service to the Bible, while actually working hard against it, in order to prevent what it actually says from undermining one’s extrabiblical doctrine about what the Bible is.

“Truth” In An Age Of Lies 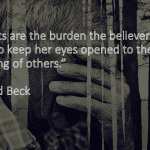 May 24, 2018
Tying Burdens on Students' Backs and Setting Them Up to Fail
Next Post 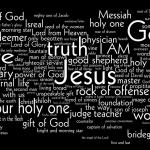 May 26, 2018 700 Names of Jesus?
Recent Comments
20 Comments | Leave a Comment
Browse Our Archives
get the latest from
Religion Prof: The Blog of James F. McGrath
Sign up for our newsletter
POPULAR AT PATHEOS Progressive Christian
1