I was delightfully amused to learn about the creative way that Steven Moffatt found to not only include the Peter Cushing Dr. Who movies within the world and thus also the canon of Doctor Who, but also to include Star Wars as well! For those who may not know them, there were two movies featuring Peter Cushing as Dr. Who, a human inventor of a time and space machine, and his interactions with the Daleks. In Moffatt’s stories, the Doctor was a fan of Cushing and not only approved of the movies that he inspired, but brought Cushing forward in time to appear in movies after his death.

Star Wars fans will immediately know what that is referring to, I expect, but for anyone else, in the Star Wars movie Rogue One, CGI was used to allow the late Peter Cushing to reprise his role as Grand Moff Tarkin. And so does that mean that the Star Wars franchise is part of the Doctor Who canon, and/or vice versa?

That conversation can be a useful one for getting people thinking about the concept of canon (as anyone who has played Canon: The Card Game or read Theology and Science Fiction will know). These points were highlighted recently in an article by Ville J Mäkipelto with the amusing and highly appropriate title “David Shot First!” Here’s how it begins:

What do Han Solo and King Solomon have in common? How about the many deleted scenes of the first Star Wars film A New Hope, and Yahweh’s consort Asherah? Certainly no association can be made between George Lucas and the genesis of the ancient sectarian Qumran community?

Despite over two millennia separating these characters and texts, these phenomena are indeed linked to one another. Not only has it been often noted that Star Wars fandom resembles in many respects a religion of its own, but both the Hebrew Bible and modern films are shaped and revised by editors, who are also bound to use similar editorial techniques. Like the ancient scribes, professional film editors have omissions, transpositions, harmonizations, and even theological/ideological corrections in their toolbox. In this light, one immediately recognizes the similarities between the many omissions made to the very first preliminary cut of A New Hope (“The Lost Cut”), which was deemed as a failure and in need of radical re-editing, and the likely omission of the Israelite goddess Asherah from the Hebrew Bible. Both of these radical and vast omissions were made necessary in their respective new contexts, whether a need for a watchable movie or a new theological paradigm where Yahweh was understood as the sole god of the Israelites.

Click through to read the rest of that article. It also includes mention of another article, “Editorial In(ter)ventions: Comparing the Editorial Processes of the Hebrew Bible and the Star Wars Saga” (Journal of Religion & Film 22/1 (2018): 1-30), by Timo Tekoniemi.

Ultimately, as is so often the case with Doctor Who as well, unless one is determined to immerse oneself uncritically in the world within the diverse narratives of a fandom franchise or the Bible, then one can appreciate evocative language that is creates a profound discrepancy if taken literally. The meme below provides a good example of this. Can you see why?

Of related interest, see Rick Brannan’s post about a fragment of papyrus featuring the Lord’s Prayer, in a version not quite the same as the one in Matthew in the New Testament canon. See too Timothy Lim’s recent blog post about canons and the process of canon formation, and the Theology Nerd podcast on whether the canon should be kept open or considered closed. See too the following:

Canonizing the Christian Bible: A Simulation 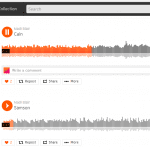 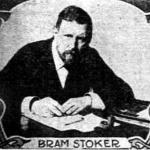