I have had some conversations recently with someone who thinks that circular arguments are sometimes OK. And around the same time, the possible circularity of arguments attributed to Jesus in the Gospel of John came up in my Sunday school class. In John 8, Jesus is depicted as saying that his testimony about himself is essentially self-authenticating. This is all the more problematic because Jesus is depicted in chapter 5 as saying that if he testifies about himself, his testimony is not valid!

Given that there are also tensions/contradictions found within chapter 8 in close proximity to one another, I am not inclined to conclude that the author wrote one thing, forgot what he had written by the time he got further into the work, and then contradicted himself without realizing it. The tensions/contradictions suggest that the author either was content to live with paradox, or could find no way out of a paradoxical way of thinking that he found himself saddled with. The author of the Gospel certainly seems to have wanted to say both that Jesus needed no other confirmation than his own words and authority, and that (as the Torah requires) he had witnesses that could be called on his behalf.

This whole motif is a reason why the Gospel of John has been described as one long trial of Jesus. As readers of my book John’s Apologetic Christology will know, I think that this “trial” reflects issues not only that emerged between Jesus and the Jewish leadership of his time, but also subsequently, including between the Christians by and for whom the Gospel was written, and the leaders of the local Jewish community that they until recently had been part of. And I also think that, in trying to synthesize and explore the implications of core beliefs that he inherited, the author crafted a portrait of Jesus that was full of unresolved tensions that it would be left for later Christians to wrestle with.

In connection with the present topic, though, I would note that the Johannine portrait of Jesus – despite the title of my book – would not work especially well as apologetics, at least not if aimed towards anyone not inclined to at least tolerate paradoxes. On the other hand, the author is clearly wrestling with his heritage and his context, and that was at the heart of apologetics in the ancient/classic sense.

In case anyone is wondering, it did occur to me that I could make a parody song on this topic, with lyrics like this in the chorus:

Circular arguments are to blame

Darlin’ you give faith a bad name (bad name)

At present I have no plan to pursue a complete song, but I could be persuaded otherwise (and I think that, as my voice has developed and as I’ve learned how to add vocal distortion, I can do a decent impression of Jon Bon Jovi). 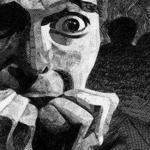 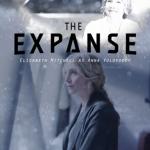 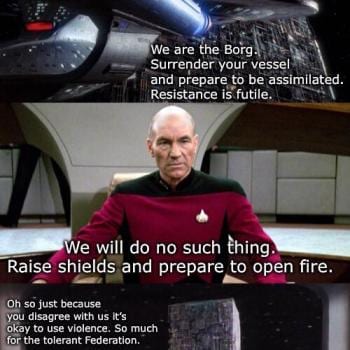 Progressive Christian
The Borg, the United Federation of Planets, and...
Religion Prof: The Blog of James F. McGrath