I think that one of the most effective tools to combat the false notion that there are any genuine “biblical literalists” may be to ask people to imagine themselves into the world as the ancient authors of the Bible assumed it to be. Here is what I wrote on this topic recently while sharing a blog post on a related topic on Facebook:

It was interesting reading Steve Wiggins’ blog post about ancient Israelite cosmology, the idea of water as chaos-monster, and heroism while attending #GenCon2018 and talking and thinking about games that feature alternative worlds, classic deities, and of course human heroes.

Might it be a useful teaching tool, to get people to see beyond so-called “biblical literalism,” to create a game that involves pretending to live in a cosmos like that envisaged by biblical and other ancient authors, in which the sky is literally a dome and the stars are literally armies of celestial beings on parade?

Of related interest, Seumas Macdonald posted about playing Dungeons and Dragons in Latin. That seems like a perfect activity for ancient language acquisition. As I noted in a post about learning ancient Greek as a living language, sharing a related meme in the process on this blog, ancient language learning tends to involve vocabulary about warfare, swords, magic, and other things that set this apart from what is typical in the learning of modern languages – but overlaps extensively with the kind of vocabulary required to play a role playing game like Dungeons and Dragons (or in this case, Sepulchra et Serpentes)! As Harry Potter fans (among others) know, Latin has been particularly attractive for use in spells, and Andrew Girdwood has provided the Latin names of D&D spells online for those who may wish to use that as a starting point.

Connecting this back to our starting topic, having to grapple with ancient language in the process could certainly reinforce the alienness of the ancient world in a “biblically literalist role playing game” experience. What do you think? 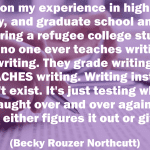 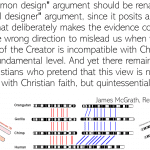