Doctor Who: The Armageddon Factor

The Armageddon Factor is the episode that brings the Key to Time sequence of episodes to its conclusion. It also brings theology and ethics into the picture, and the mysterious identity and backstory of the Doctor. And so this is arguably one of the most interesting episodes in classic Doctor Who, marking a moment when the show revisited the idea that gave the show its title (as Ian said in that first story, “Who is he? Doctor who?”) and brought it back, briefly and almost in passing, yet in a way that was too tantalizing for fans to ignore, fueling much discussion and speculation.

In the story, K-9 refers to optimism as irrational and bordering on insanity. That seems like a pretty good description of the Doctor!

Romana refers to the ability to stop time, which the Key to Time gives, as “godlike powers.”

The episode features a theme that is the same one that was explored in the original Battlestar Galactica: a war against humanoids that is now continued by machines that were built by biological enemies that are themselves no longer around. That series aired in 1978, and “The Armageddon Factor” aired the following year.

The Doctor confronts an enemy who identifies himself as “The Shadow” and who works for the Black Guardian, just as the Doctor was sent on his mission by the White Guardian. The Shadow echoes biblical language, punning on his own title, when he says, “I have been waiting for you. I too serve a Guardian. A Guardian equal and opposite in power to the one who sent you. The Black Guardian, he who walks in darkness, and you are in the valley of the Shadow.”

This episode is famous for the moment when the Doctor is sneaking about and bumps into someone who knows him – a fellow time lord from Gallifrey named Drax. He calls him Theta Sigma, and says he knows him from school, the Class of ’92. This episode really piqued interest in the Doctor’s backstory, in a way that had not been pursued nearly as much since perhaps the time of the Second Doctor. That backstory would later come to the fore in the era of the Seventh Doctor as a driving focus of the show, even if a mysterious one. The history of secrecy about the Doctor’s name is there from the first episode, but that mystery was left to one side during much of the show’s history. Theta Sigma (the name in this episode) is of course the nomina sacra (abbreviation for sacred names) used in place of God in some Greek manuscripts, short for the Greek theos. A novel (Lungbarrow) gave the Doctor’s name as:  Chrístõdavõreendiamondhærtmallõupdracœfiredelúnmiancuimhne de Lœngbærrow. That would of course make him “Christ” or “Christo” for short. Then there is the name given in some very old materials, beginning in 1972’s “The Making of Doctor Who.” That name is ∂³Σx².

The Shadow mentions having waited for this moment since eternity began. He speaks of his moment of glory, his apotheosis (i.e. becoming divine). He laughs maniacally, and says, “No one can resist the power of darkness.” In its dualistic depiction of powerful yet limited godlike entities, Doctor Who (like so many other shows) fails to present evil in a believable manner. In rendering evil superficially, both evil and good are trivialized. There is slightly greater depth in the manner that the story concludes, after it turns out that Princess Astra was the final segment of the Key to Time. Romana says she was a living being, and now she’s a component. No being should have the right to treat sentient life as merely a means to an end, a commodity, not even the Guardians. Ultimately, the Doctor recognizes that the Black Guardian is impersonating the White Guardian, precisely because he is unconcerned about this human life. In order to avoid having it fall into evil hands, the Doctor breaks the detector and scatters the fragments once more. Astra is restored as a result.

In order to flee from the Black Guardian (who will continue to pursue the Doctor well into his next regeneration), he connects a randomizer to the TARDIS control panel. As a result, subsequent episodes resemble the earliest, in which the Doctor had no control over where he would end up.

The biblical echo in the episode title is fitting, both because of the cosmic battle of good vs. evil that the Doctor finds himself participating in, and because of the revelation(s) that it offers. And yet at the same time there are plenty of obvious points of disconnect in relation to biblical apocalyptic as well. But the suggestion that there is a bigger picture, a greater struggle, that most do not see, taking place behind the scenes, so that in even some seemingly minor struggles the fate of the universe is at stake, is a thread that runs through both.

What are your thoughts on this episode, the Doctor’s name and identity, the Key to Time sequence, and the depiction of powerful opposing enemies such as the White and Black Guardian? 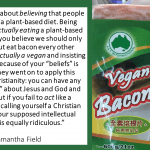 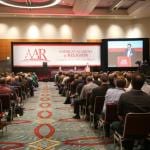