New Directions in the Study of Religion, Monsters, and the Monstrous Seminar #CFP #AARSBL2019

The Monsters and Religion group at the American Academy of Religion has announced an ambitious five year period of analysis and discussion that will begin with the meeting in November 2019. I really like the topic for year four, and am hoping someone presents on how we construe religious others as monsters as part of a process of dehumanization that then facilitates public rhetoric, limits on religious freedoms, and even violence. Here’s the announcement from the AAR website:

New Directions in the Study of Religion, Monsters, and the Monstrous Seminar

The Mission of the New Directions in the Study of Religion, Monsters, and the Monstrous Five-Year Seminar is to facilitate dialogue between different areas and methodologies within religious studies to arrive at a better theory of the intersection of religion, monsters, and the monstrous. Due to the diverse nature of our topic, we encourage proposals from any tradition or theoretical perspective. Each year of the seminar will focus on a different theoretical problem as follows:

Year One –– Taxonomy. The first task of the seminar will be to explore the taxonomy of “monsters” as a second-order category. What defines a “monster” and what are we talking about when we talk about monsters?

Year Two –– Theodicy: What role do monsters serve in explaining misfortune? Are monsters a source of injustice or do they create justice as agents of punishment?

Year Three –– Cosmology: How do monsters function to map out reality, including time and space?

Year Five –– Phenomenology: How should we interpret narratives of encounters with fantastic beings? To what extent are reductionist readings of these narratives appropriate and helpful? Are there viable approaches beyond reductionism?

At the conclusion of the seminar, our findings will be published as an edited volume or otherwise disseminated to the scholarly community

New Directions in the Study of Religion, Monsters, and the Monstrous is a new five-year seminar dedicated to developing a better theoretical foundation for the study of monsters and the monstrous in the field of religious studies. The first year of our seminar will consider the problem of taxonomy: What is a monster, and what do we gain by categorizing an entity as such? We invite papers from any discipline or subfield that either take on this question directly or else consider an illuminating case study. On what grounds should a particular creature, character, or god be classified as a “monster?” What is revealed when these entities are compared across cultures? Where do the limits of this category lie and what is revealed by pushing them? What are the benefits and pitfalls of applying the category of “monster” to contexts beyond Western culture?

HT John Morehead. Of related interest, do check out the new SBLCentral website. 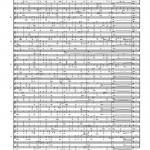 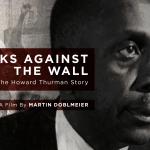 February 6, 2019 ReligionProf Podcast with Martin Doblmeier: Backs Against The Wall - The Howard Thurman Story
Recent Comments
1 Comment | Leave a Comment
Browse Our Archives
get the latest from
Religion Prof: The Blog of James F. McGrath
Sign up for our newsletter
POPULAR AT PATHEOS Progressive Christian
1