Researchers in Late Antique Christianity in the Eastern Mediterranean

This opportunity at Goethe University in Frankfurt, Germany came to my attention, and I thought I should share it. It is connected with the Leibniz project “Polyphony of Late Antique Christianity.”

The Department of Ancient History, Faculty of Philosophy and History, Goethe-University Frankfurt am Main invites applications for 2 doctoral positions as Researchers in Late Antique Christianity in the Eastern Mediterranean (E13 TV-G-U, 65% part-time) within the Leibniz research project “Polyphony of Late Antique Christianity” directed by Prof. Dr. Hartmut Leppin (http://www.geschichte.uni-frankfurt.de/70685547/Leibniz_project__Polyphony_of_Late_Antique_Christianity). The position is to be filled from May, 1st, 2019 onwards. The duration of the contract will be 36 months and the salary is set according to TV-G-U 13. The project is financed by the Deutsche Forschungsgemeinschaft. The Leibniz research project “Polyphony of Late Antique Christianity” strives to develop a new picture of Christianity in Late Antiquity by integrating eastern mediterranean and near eastern perspectives.

We are looking for new members of the team who would like to work on this field of research for their doctoral thesis and contribute to analysing the diversity of Christianity in late antiquity. As a member of the team, the researcher will be expected to share the research tasks of the team, preparing workshops, conferences, and publications as well as participating in colloquia.

The ideal candidate will have a M.A. or equivalent in Ancient History, History of Religion, Theology, Oriental Philology, Ancient Judaism, Ancient Christianity, or related fields, a solid knowledge of English, German and an additional modern language and an excellent knowledge of Latin and Greek as well as other relevant language(s) (e.g. Syriac).
For further information please contact h.leppin@em.uni-frankfurt.de.

Please submit your application complete with curriculum vitae, copies of your final university degrees, a copy of your M.A. thesis (or other significant research paper) and an outline of the research project (3-5 pages) you would like to pursue no later than March 13th 2019 in electronic form to h.leppin@em.uni-frankfurt.de.

Please note that that costs incurred for the application procedure will not be refunded by Goethe University. Please note that we are not able to reimburse the travel costs for the interview. 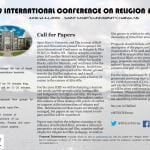 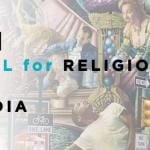 February 25, 2019 Science Fiction and Religion #CFP
Recent Comments
0 | Leave a Comment
"That's actually really helpful. Do you have an essay or book, or could you recommend ..."
John MacDonald Did Paul Have a Distinctive Christology? ..."
"(???)"
Scurra I’ll Believe in Demons When Pigs ..."
"I certainly didn't mean to come off as complaining. It's a wonderful platform here. I'm ..."
John MacDonald I’ll Believe in Demons When Pigs ..."
"I've long thought that the "seed of David" passage in Paul is very problematic for ..."
John MacDonald The Latest on the Historical Jesus ..."
Browse Our Archives
Follow Us!