Jesus’ fan club in Jerusalem on Palm Sunday had to make a choice after Good Friday.  Could they forgive him for not being the Superman Savior who would drive the Romans out of their land?  Could they forgive God for allowing their beloved Rabbi to be murdered?  Could they begin to understand God as Love instead of as an omnipotent Ruler of the Cosmos?  Would they scatter and skulk and whine about the horrible things that happened that week?  Or would they get up, dust themselves off, gather together, forgive without forgetting, remember the divine Love that flowed from Jesus, and redouble their commitment to living it out as a community?
At Easter, progressive Christians celebrate something much more significant than a supernatural miracle.  We celebrate the decision of Jesus’ followers to be the church – to stick together in the community of compassion in which we gather this and every Sunday.  That’s what it means for the Christ to live within us.  That’s what we mean when we repeat the ancient chant:  “Christos anesti! Alithos anesti!” — “Christ is risen!  He is risen indeed!”

I think pastors like me can be more gentle toward other Easter Maybe people and their yearning. We can stop calling them skimmers and start calling them honest. We can let people know that the biggest story of our faith is based on a small amount of direct testimony. We can tell them that the biblical accounts of the resurrection differ significantly from Gospel to Gospel. We can focus on the Emmaus story or the disciples’ breakfast with Jesus on the beach. It is a right-size claim that people felt a presence while cooking a fish at dawn beside a lake.

And we can shift the focus from belief to trust.

Kyle Greenwood explains what is found (and what is not) in the Hebrew Bible when it comes to expecting an afterlife of some sort. Here is an excerpt from one post in his recent series:

For Job, and the rest of ancient Israel, the grave was literally the final resting place for all humanity. There was no anticipation of an afterlife, and there was no expectation of an ascent to heaven. In fact, the only person to have ascended to heaven in the Old Testament was Elijah, and this happened while he was living.

The Rationalization Hypothesis: Is a Vision of Jesus Necessary for the Rise of the Resurrection Belief? 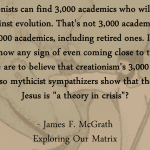 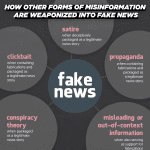 April 23, 2019 Malaugmented Reality
Recent Comments
49 Comments | Leave a Comment
"Use Bayes’ Theorem to demonstrate that the use of Bayes’ Theorem in the study of ..."
James F. McGrath Review of Richard C. Carrier, Proving ..."
"Interesting review yet, quite flat and openly hypocritical. If one is going to critique a ..."
Jason Review of Richard C. Carrier, Proving ..."
"You have already been told that simply sharing a link with no comment relating it ..."
James F. McGrath Same-Sex Attraction, Mediterranean Culture, and Scripture
"Link: What does the Qur'an say about homosexuality? And what about the Bible?"
Amin - Same-Sex Attraction, Mediterranean Culture, and Scripture
Browse Our Archives
get the latest from
Religion Prof: The Blog of James F. McGrath
Sign up for our newsletter
POPULAR AT PATHEOS Progressive Christian
1