I was contacted recently by someone who was looking for a meme that illustrated how fundamentalist Christians, who claim to rely on “the Bible alone,” are thoroughly dependent on academic work on the Bible in ways that they either fail to notice or simply refuse to acknowledge. Two memes came to mind, which I had shared on my blog previously. But I also thought that perhaps I ought to turn something that I myself wrote back in 2010 into a meme. 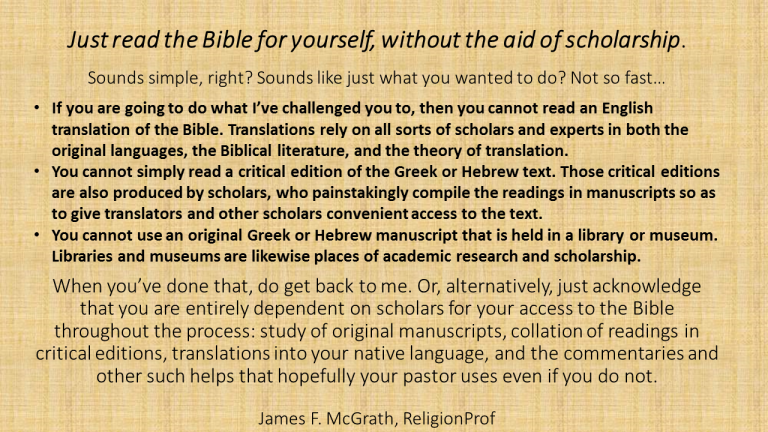 Here’s the text of that excerpt from my earlier post:

Just read the Bible for yourself, without the aid of scholarship.

Sounds simple, right? Sounds like just what you wanted to do? Not so fast…

When you’ve done that, do get back to me. Or, alternatively, just acknowledge that you are entirely dependent on scholars for your access to the Bible throughout the process: study of original manuscripts, collation of readings in critical editions, translations into your native language, and the commentaries and other such helps that hopefully your pastor uses even if you do not.

See also the following posts I wrote previously which also address this topic: 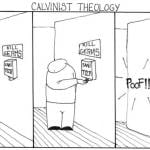 May 21, 2019 #CFP Pop Culture and the Pop Culture Scholar
Recent Comments
60 Comments | Leave a Comment
Browse Our Archives
Follow Us! 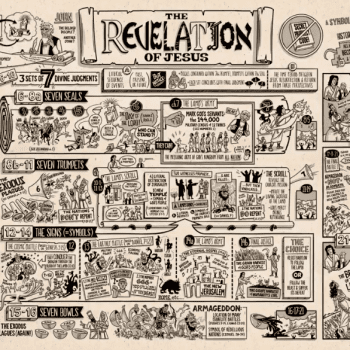 Progressive Christian
The Bible Is Not Written To You
Religion Prof: The Blog of James F. McGrath 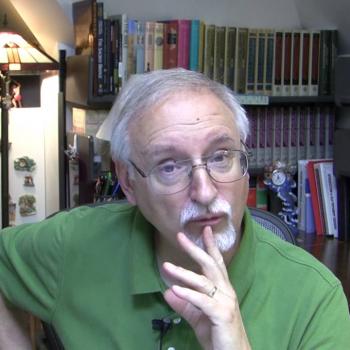