In 2019, Batman turned 80 years old. First appearing in Detective Comics #27, that famous title hit #1000 back in March. Since his debut, Batman has been a cultural force across multiple medium, whether in the comics that spawned him, the 1960s campy television series, the animated series in the 1990s, or the movies of Tim Burton, Zack Snyder, and especially Christopher Nolan. With Warner Brothers set to debut a new Batman film in 2021, now is the perfect time a book exploring the intersection of theology and Batman. No other volume currently exists which explores Batman in a peer-reviewed theological format.

Matthew William Brake is the editor of the Theology and Pop Cultureseries from Lexington, and has presented on the topic of theology and Batman and teaches a Religion and Literature course at George Mason University exploring the Batman works of Grant Morrison. The Rev. C. K. Robertson, Ph.D. has spoken and written extensively on the intersection of Batman and theology, including a chapter in B.J. Oropeza’s critical work The Gospel According to Superheroes.

This work will explore the theological and religious significance of Batman across multiple mediums.

There are over 80 years worth of Batman stories to draw from written by multiple authors and spanning across multiple mediums. Potential topics include but are not limited to: 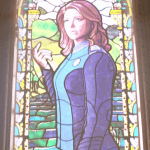 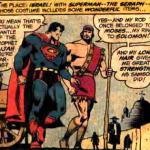