The Qumran Institute of the Faculty of Theology and Religious Studies at the University of Groningen is happy to announce the call for 2020 Dirk Smilde Scholarships for excellent PhD students/candidates and postdocs in Hebrew Bible, Second Temple Judaism, Dead Sea Scrolls, and related fields.

2 scholarships will be offered for a duration of 3 months each, to be in residence October through December, 2020. The scholarship amounts to €1,000 per month.

The scholarships will coincide with the residence of the 2020 Dirk Smilde Fellow, Professor Annette Yoshiko Reed, and the recipients will participate in the weekly research seminar led by Professor Reed, “Judaism, Christianity, and the Forgotten Past” (see below) as well as the intellectual community of the Institute and the Faculty.

To apply, please submit the following materials no later than 15 February 2020:

3.     Description of the proposed research project

4.     Published or unpublished work related to the project

5.     Any other materials that you believe would be useful in helping the selection committee evaluate your scholarship.

Inquiries should be addressed to the Director of the Qumran Institute, Prof. Dr. Mladen Popović: m.popovic@rug.nl.

The Qumran Institute at the Faculty of Theology and Religious Studies at the University of Groningen is very pleased to announce the 2020 Dirk Smilde Fellow, Annette Yoshiko Reed. Thanks to the generous support of the Dirk Smilde Foundation and the Ubbo Emmius Funds, Professor Reed will be in residence at the Qumran Institute in Winter 2020 in order to work on her project “Judaism, Christianity, and the Forgotten Past,” and to run the corresponding research seminar.

“Judaism, Christianity, and the Forgotten Past”

The 19th and 20th centuries were marked by a series of manuscript discoveries–from Oxyrhynchus Papyri to the Dead Sea Scrolls and Nag Hammadi codices–that opened up astonishing new perspectives on the ancient Jewish and Christian past. Since then, much research has been dedicated to reconstructing fragmentary texts, lost voices, and forgotten sects and perspectives. Due to the success of this research, it is now an apt moment to step back and also consider what was forgotten, how, and why. The more we learn from the Dead Sea Scrolls and other such manuscript finds, the more we come to realize how much of the literary heritage of Second Temple Judaism came to be lost to later Jews and Christians. New questions arise, thus, about the selectivity in the preservation of the Second Temple past and the place of forgetting in the memory-making of Judaism and Christianity. This research project is an experiment in reassessing the Second Temple past and its reception within Judaism, Christianity, and modern scholarship, with a focus on what was forgotten.  Many studies have drawn on the Dead Sea Scrolls, for instance, to trace histories of interpretation and reception into Late Antiquity and beyond. But what might these data also tell us about loss, rupture, overwriting, and erasure? Is it possible to draw upon theoretical models from the study of collective memory and cultural amnesia better to understand these dynamics, and in the process, to recover a richer understanding of the evolving place of the Second Temple past in the contested identities and intertwined histories of Judaism and Christianity? And how much such perspectives, in turn, also challenge us to rethink our modern scholarly narratives about Jewish and Christian antiquity?

The Research Seminar will have as its backbone a series of lectures by the 2020 Dirk Smilde Professorial Research Fellow, Annette Yoshiko Reed. These lectures will focus especially on the Christian memory and forgetting of the Second Temple Jewish past, considering key moments from antiquity and modernity alike in which what we now know as the diverse Jewish literary heritage from this period was overwritten, at some times, and reworked, recast, and recovered, at others, shaping the continued formation of Christian identities in relation to Judaism.

Topics to be addressed in the weekly seminars led by participants might include:

– Examples of premodern narratives or reflections about the forgotten past (e.g., lost books)

Annette Yoshiko Reed is presently an associate professor in the Department of Religious Studies and the Skirball Department of Hebrew and Judaic Studies at New York University. Her research spans Second Temple Judaism and Late Antiquity, with a special concern for reception-history, so-called “apocrypha” and “pseudepigrapha,” and problems of historiography and identity. Her publications include Fallen Angels and the History of Judaism and Christianity (2005), Jewish-Christianity and the History of Judaism (2018), and Demons, Angels, and Writing in Ancient Judaism (forthcoming). 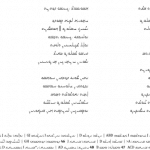 January 10, 2020
Preview the Mandaean Book of John
Next Post

January 12, 2020 10th Congress of the Société d’Etudes Samaritaines #CFP
Recent Comments
0 | Leave a Comment
Browse Our Archives
get the latest from
Religion Prof: The Blog of James F. McGrath
Sign up for our newsletter
POPULAR AT PATHEOS Progressive Christian
1 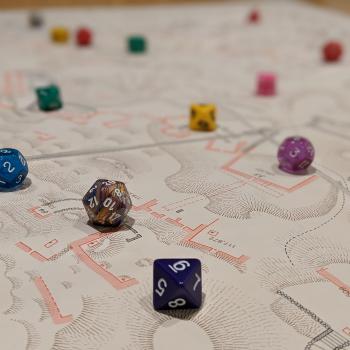 Transforming Communities Built on Exclusion (Part 2 of...
Because the story seeks the root causes of why people are marginalized,...
view all Progressive Christian blogs
What Are Your Thoughts?leave a comment
Copyright 2008-2020, Patheos. All rights reserved.