Another great question came up in a discussion on this blog, and I once again want to share my long comment as a blog post so that it reaches a wider audience. Here’s what I wrote:

It is a great question how laypeople can tell what the academic consensus is. I think there are a number of considerations. There are those who just want to know what the consensus is if there is one. There are some who will inform themselves just enough for the Dunning-Kruger Effect to kick in. And there are a few who inform themselves to a significant extent and can for all intents and purposes can participate as amateur scholars in academic discussion. And so it really depends who is asking.

On the academic end of the equation, there are some matters on which there is an overwhelming consensus, and some on which there is essentially none, as well as a full spectrum in between. If scholars almost all agree, one should embrace that consensus if one is an outsider to the conversation. Some academics will try challenging the consensus as part of our academic work, but that’s our role and does not mean the consensus is in fact wrong. It is a testing, not a negation of the consensus.

As for where to look, I think that the best place is a mainstream textbook. In a textbook scholars will almost always present the consensus, even if they try to challenge it even in that context on some points. If they don’t, the textbook won’t be widely used. For a specific verse and its meaning, then a major mainstream commentary that treats material at length, not published by a sectarian publisher or written by someone constrained by that kind of context, the consensus will be presented even when the commentator tries to add something new.

Is this helpful? And more importantly, how obvious or new is what I’m proposing here to someone outside of academia?

Let me also emphasize that consensuses have been and can be wrong, but whether that is likely depends on the field and the specific question and evidence. Sometimes there is a consensus when the evidence doesn’t really justify it. Academic work will eventually expose and overturn that. In the meantime, it is unlikely that a layperson simply choosing to reject the consensus of experts will just happen to be right, even if they think they understand a topic better than the majority of experts do.

Ultimately the conversation turned to an example from economics, which then led me to write the following:

There certainly are fads in academia, ideas that catch on and become very popular without having very strong evidentiary support. I’m curious whether there were significant critiques of the Chicago School throughout their heyday. But the Chicago School undoubtedly produced textbooks, and just reading one an outsider or even student of economics might not get a fair representation of those critiques, or indeed hear about them at all. I know the same is true in my own field, since one could read an introductory book by a member of the Jesus Seminar and get the sense that the academy as a whole has shifted away from the view of Jesus as an apocalypticist.

I wonder what the takeaways should be from this conversation. Academics do need to do a better job of conveying the state of our understanding to a general audience. We also need to do a better job of helping people navigate the significance of academic disagreements and proposals of new ideas. In some ways I feel as though this is like the question of how to challenge stereotypes about a culture or religion in a world in which most people are not going to do significant research and investigation of their own. How does one keep the loudest voices from being perceived as typical and representative? How does one convey even a short summary to those who aren’t even looking for one?

One thing I do know for certain is that having conversations like this on my blog is helpful. Thank you!

That word of thanks was intended for the person I was talking to, but not just that one individual. Thank you to all blog readers who provide so many opportunities in various ways to learn and reflect on the intersection between academic work and public understanding!

Of related interest: Not all science is settled, and how journalists can convey this accurately. See too anti-intellectualism and anti-evolutionism, as well as: 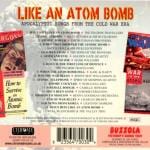 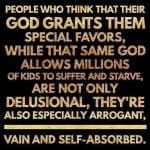 May 3, 2020 Arrogant Thanksgiving?
Recent Comments
0 | Leave a Comment
Browse Our Archives
get the latest from
Religion Prof: The Blog of James F. McGrath
Sign up for our newsletter
POPULAR AT PATHEOS Progressive Christian
1 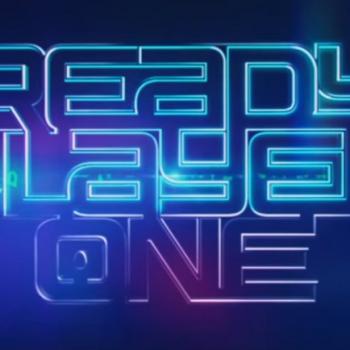