Junia and Joanna, Andronicus and Chuza

Junia and Joanna, Andronicus and Chuza May 25, 2020 James F. McGrath 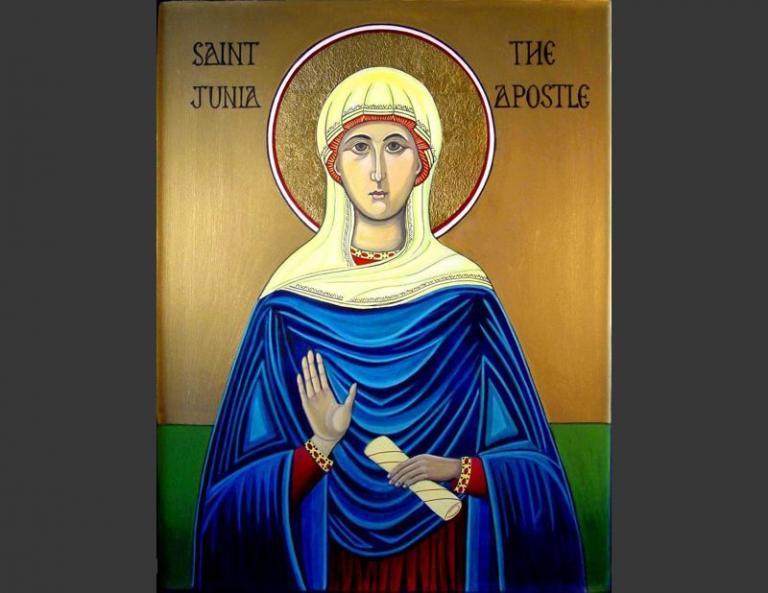 There is a very interesting post by Richard Fellows about the identification of Andronicus and Junia with Chuza and Joanna. One thing the potential significance of which had not previously struck me is that Andronicus is a Greek name and Junia a Latin one, which at least raises the question of whether they are from separate backgrounds. Far from causing a problem for the identification, it might support it, since Chuza is a Nabataean name and Joanna a Jewish one. And so the couple may both have had a second name they used outside of their native linguistic environments, and having adopted them separately the could have ended up doing so in this way. Of course, if Joanna adopted hers later after becoming associated with the court of Herod, that too would provide a context in which she might have adopted a Latin name, with her husband already having a second name that was Greek.

It is probably simpler to posit that Joanna/Junia had been divorced or widowed in the intervening years and had remarried. But it isn’t necessary. Note that in Acts 18, for instance, someone with the name or nickname Justus is to be found in the Greek-speaking part of the empire, and someone else with that nickname appeared in chapter 1 of Acts in Jerusalem. There was also a Justus who was an enemy of Flavius Josephus, and he was from Tiberias in Galilee, a likely location for someone like Joanna to have lived and/or been from, associated as she was with Herod’s household and the management of his properties. Joanna clearly would not have been alone in choosing a Latin counterpart to her name, and doing so when one was available that sounded similar was the norm, even as a Palestinian Jew or Galilean.

I’m also interested in finding out whether Paul’s way of writing, calling Andronicus and Junia his relatives, would have conveyed that one is a blood relative and the other an inlaw, or whether it would have implied that they were both relatives of his. That wouldn’t be at all incompatible with them being a married couple, since marriage between cousins was common. But if the phrase suggests they were not both his relatives, that would be relevant to the identification of the couple, since Chuza with his Nabataean name was presumably not Paul’s blood relative.

Women and Knowledge in Early Christianity

May 24, 2020
#CFP Methods of Knowing: Historical Research, Creative Writing, and the Past
Next Post

May 26, 2020 Vocation and Interreligious Engagement at #NetVUE2019AAR #AARSBL19 Part 4
Recent Comments
0 | Leave a Comment
"Intriguingly enough, since you mentioned "No one has suggested that Jesus was merely a carbon ..."
Chris H #JohnTheBaptist Enoch Seminar Nangeroni Meeting Day ..."
"Bestest post,..... My daughter who is incapable of being on the internet due to genetics ..."
davidt Evil In the Youth Group
"From my perspective this comes from a really problematic tendency in neo-liberal thinking to promote ..."
Chris H Jesus Wasn’t Unique
"It definitely seems memeworthy to me!https://uploads.disquscdn.c..."
James F. McGrath Evangelicals, Objective Truth, and the MSM
Browse Our Archives
get the latest from
Religion Prof: The Blog of James F. McGrath
Sign up for our newsletter
POPULAR AT PATHEOS Progressive Christian
1