Joseph, Jesus’ Siblings, and the Son of David 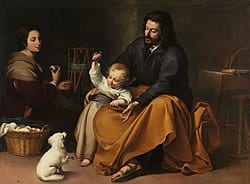 In the past I’ve discussed the possibility that Joseph’s marriage to Mary was not his first marriage, that he was a widow and significantly older than her. There are several pieces of circumstantial evidence in the New Testament Gospels that made me take this possibility seriously. Although it could well have been created just to justify the idea of Mary’s perpetual virginity, I had always thought it was too early and too widely held a view to be just due to that. But I’ve been rethinking this because of one particular aspect of the matter that I must confess I had not really considered before. If Jesus were not the eldest of his brothers, then that would make the messianic overtones of his being “son of David” much weaker and perhaps inherently problematic. In short, if Jesus was not the oldest child, then whichever of his brothers was the oldest ought to be the heir to the Davidic throne. No one at this point would have known which of the families that claimed a link to David was next in line, i.e. had the most direct connection by way of eldest males going back to the end of the monarchy. To be sure, younger brothers sometimes ruled in place of their older siblings, most often because an imperial power imposed it. And David himself was not the oldest, which might make it possible to see Jesus as all the more a Davidic figure. But that’s not a connection the ancient sources make. To have Jesus simply be called “son of David” with messianic overtones while he has older brothers would make any kingship claim awkward in the absence of some such apologetic. As a result, I’m now more inclined to think Jesus was indeed the oldest sibling. What do you think?

If Joseph was not that much older than Mary, that changes how we envisage the impact on the family if we decide it still seems likely that Joseph had died. As a stone mason and/or carpenter (what we might call a construction worker) there were plenty of opportunities to die as a result of an accident. But life expectancy being what it was, there are all sorts of reasons why Joseph might have died. Even the death of one’s father from old age makes a profound impact. But it isn’t the same as when it hits you unexpectedly. If Joseph was killed pursuing his trade, or was executed for talking about his hope that his family, of the line of David, would one day once again occupy the throne, it makes a big difference.

As I wrote about this I found myself remembering the line from the Superman movie. “All these things I can do, all these powers…and I couldn’t even save him.” It is at the 3:07 mark here if you’ve not seen it:

Superman has been a Christ figure, to a greater or lesser extent, from the very beginning. But Kal-El’s discovery that he has a celestial father and how it impacts him is not something I had thought about as a connection. 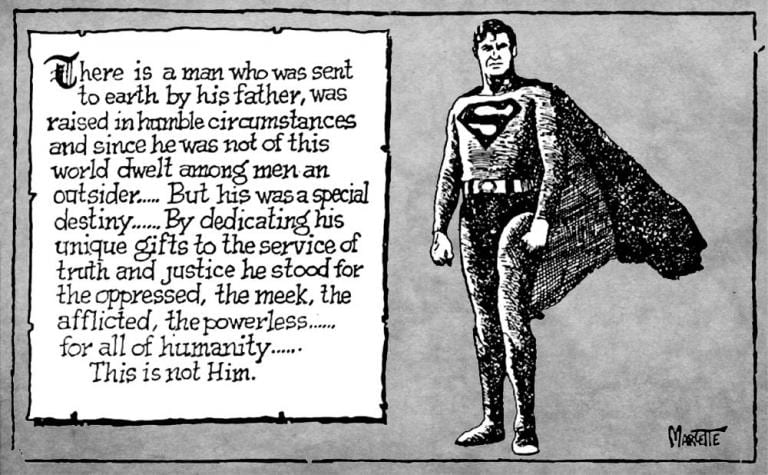 Polybook: A New App for Lifelong Learners and...
It was great to have a Zoom conversation with Joe White yesterday....
view all Progressive Christian blogs
What Are Your Thoughts?leave a comment
Copyright 2008-2020, Patheos. All rights reserved.