Automatic Transcription of Syriac Handwriting and More: Progress and Challenges

I had been meaning to blog about this for a while, when a blog post from John Fea prompted me to finally do it. Ironically, my draft post was about Syriac and his was about English documents including some that are in typeface. Here is his post to start with. You’ll see how the two connect:

I have been following details about progress not only in OCR (Optical Character Recognition) applied to ancient languages and their alphabets (such as those used to write Syriac), but even work on handwriting recognition that can assist with transcription and perhaps eventually even translation of manuscripts. This interests me for multiple reasons. One is of course my work on ancient texts – those of the New Testament, Mandaean literature, and others. But another is my family history interest which I’ve blogged about before.

AWOL drew attention to the Qoruyo project to develop Syriac handwriting recognition. So too did Peter Gurry over on the Evangelical Textual Criticism blog. It is a project undertaken by Beth Mardutho, as one might expect given its focus. There was an article in Hugoye about the use of Tesseract to develop Syriac OCR (Optical Character Recognition). AJR had a piece on using online corpora to teach Syriac. AWOL also drew attention to the Simtho online Syriac thesaurus.

Another interesting project along these lines, working with both handwriting and non-standard typescripts, is Transkribus. Their website has lots of info including this interview:

They held a conference and the videos from it are online:

Also relevant: Ancient World Online shared links to the website for the conference Neo-Paleography: Analysing Ancient Handwritings in the Digital Age. There you can find videos of the presentations. The topics include the Dead Sea Scrolls, Greek, Latin, and Coptic texts, with a unifying thread being the application of digital technology to their analysis.

What exciting things are happening in this area!

Finally, here’s that previous blog post of mine about family history that I mentioned earlier: 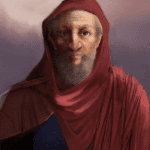 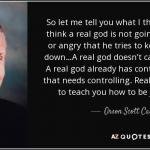 August 22, 2020 #CFP Mormonism and Science Fiction
Recent Comments
0 | Leave a Comment
"hey mr dr lost fan. one of your video is not available anymore, either remove ..."
irshad Is Google Smarter Than Your Pet?
"see? some church padres forgot this like the one who said to donate to his ..."
irshad A Reminder: Jesus Didn’t Say “Bully ..."
"so checked eutychus blog and obviously this patheos.com but all i got is that original ..."
irshad Fork Criticism: Understanding Biblical Criticism Through ..."
"considering james f. mcgrath wrote some fiction stories how is he gonna judge all the ..."
irshad The Root of All Evil?
Browse Our Archives
get the latest updates from
Religion Prof: The Blog of James F. McGrath
and the Patheos
Progressive Christian
Channel
POPULAR AT PATHEOS Progressive Christian
1

No More Slaves (Part 3 of 3)
If we take seriously Jesus’ call for no more lords, and we...
view all Progressive Christian blogs
What Are Your Thoughts?leave a comment
Copyright 2008-2021, Patheos. All rights reserved.