I hope at some point to blog about recent books related to racism and the Bible, such as Esau McCaulley’s Reading While Black: African American Biblical Interpretation as an Exercise in Hope and Antipas Harris’ Is Christianity the White Man’s Religion? How the Bible Is Good News for People of Color. It has been interesting to incorporate even more readings in my course on the Bible this semester that focus on social justice, diversity, and inclusion (both as subject matter and in the representation of diverse authors) than I had in the past. Most students are surprised by the kinds of things the Bible includes, slavery as found not only in law or church teaching but as the experience of Hagar. Excerpts from Nyasha Junior’s book on that subject worked well.

As I prepared this roundup and thought about a suitable title for it, I found myself struck by the definition of “Bible Black” according to Urban Dictionary:

Bible black originally meant to quote Holy Scripture in such a way as to legitimize cruelty or other evils. The intent is always destructive, with the prideful desire to maintain the appearance of piety and propriety.

For me, the phrase was familiar only from the King Crimson album.

It turns out that Bible Black is also a sexually explicit Japanese video game. Not something that I was aware of, or want to connect this post to!

Here are some other links related to what the topic of this blog post actually is, whether directly or indirectly:

My Testimony, My Party

From an article by Reggie Williams in Christian Century, “White supremacy is a script we’re given at birth”:

We’re not likely to prescribe the right treatment without an accurate diagnosis. Misdiagnosing the problem makes it difficult to understand how profoundly insidious White supremacy is—and how embedded it is within the story this nation believes itself to be living. It’s so much more than a few bad apples. White supremacy sits deep inside of the way we’ve been made to understand the world after centuries of reality-bending cruelty.

How Black is Not White?

White society can expand (or contract) its categories of social whiteness because by definition social categories are mutable. They are based not on rigid science or clear empirics, but on the evolving values and norms a society produces. Thus, social categories of race aren’t just about physical skin color. They’re mostly about power, prestige, and acceptance. Over time, a society can gradually update its definitions about which groups gain power and acceptance, and which don’t. And in America, that’s measured in social whiteness…

Relational Violence: Change in the Ruins

How do we know black lives matter to God?

A call for papers on race and antisemitism

Are the police killings of unarmed Black men isolated incidents?

Schooling and the ideology of white supremacy

The wages of whiteness

The state of Black intellectual history

The majority of white Christians see no pattern in killings

The Children Who Desegregated America’s Schools

The racist way we build our cities

Four Years of Special Memories: Racists Use This Fake Quote From Aristotle

All of Her Children: a Reflection with Psalm 139

Resources in the current issue of JIBS

A call for academics to mobilize

What Do You See When You Look at Protestors?

Do We Live in a Police State? On Law and Order

Despite Protests, Many White Christians Have No Desire to Address Racial Justice

What has been taken from Black Americans

The long shadow of racism and protest in the Midwest

“Negro troublemakers have listened to and followed Communists too long”

Coming Out of (White) Evangelicalism with Dr. Daniel White Hodge

After Whiteness: A Multimodal Discourse on the Future of Theological Education 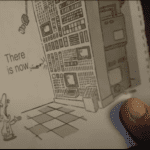 October 9, 2020
Should a Computer Choose (or be) the President?
Next Post 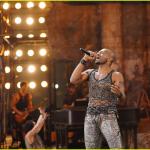 October 11, 2020 Bible and Music Update
Recent Comments
0 | Leave a Comment
Browse Our Archives
get the latest from
Religion Prof: The Blog of James F. McGrath
Sign up for our newsletter
POPULAR AT PATHEOS Progressive Christian
1

Some Problems with Originalism
With the nomination of Amy Coney Barrett to the Supreme Court the...
view all Progressive Christian blogs
What Are Your Thoughts?leave a comment
Copyright 2008-2020, Patheos. All rights reserved.