The Aims and Ending of Luke-Acts

A Facebook friend asked why Luke-Acts is dated so late by some scholars, and why even on the traditional consensus dating (sometime towards the tail end of the first century) it would omit the destruction of Jerusalem and the temple as well as the deaths of Paul, Peter, and James. Here is how I replied:

Omitting the Jewish war against Rome doesn’t surprise me, as I cannot imagine why he would do so within his current aims in Luke-Acts. Since he seems interested in Peter and James only inasmuch as they are relevant to his story about Paul the lack of further details about them is also unsurprising. Part of the issue is that we expect a modern biographer to tell a complete life story up to the present, or to explain omissions and apologize for periods for which evidence wasn’t available. Expectations based on the modern biography don’t serve readers well when they turn to ancient ones.

The omission of Paul’s death, on the other hand, has often been used to make the case for a relatively early date, and that argument isn’t without some weight. There are possible explanations but none are definitive. For one thing, what happened to Paul thereafter may have taken such an unfavorable turn that telling the story would not be beneficial to Christians. The truth is that we only have significantly later legends about how Paul died. We may have heard them so often that we feel we know what happened, and so the only puzzle is why Luke didn’t write about it, whereas in fact it isn’t clear historically what happened next. Another very plausible possibility is that the author intended to write a third volume. If you had two modern volumes of a life of JFK, the second dated 2020 and ending abruptly without finishing the story, I am guessing you would assume the author wasn’t finished rather than that it had been composed while JFK was still alive. (It turns out modern analogies don’t always let us down when thinking about ancient literature.)

This was in response to my sharing something Bart Ehrman wrote: “I’m not saying that because of this Acts is unreliable historically. I’m saying that if someone wants to argue it is, they need to come up with good arguments instead of completely irrelevant ones. I do understand that if the author had gotten all the geographical information wrong it could be relevant to whether the account was accurate or not; my argument is that getting that kind of information right is not.”

The author of Luke-Acts says many had written prior to him, and offers his work as the result of investigation rather than his own experience. It is hard to know what those “many” sources could have been. Mark for sure, but beyond that? Q? Matthew? John? Papias? Josephus (even if only having written very little)? We do not have to make Luke later than all of those for his “many” to be understandable, if still somewhat hyperbolic. But he needs to be later than “many” of them. I honestly don’t know whether Luke or John is the latest of the canonical Gospels. What I will point out in drawing this post to a close is that Luke emphasizes what some insultingly characterize as a “low” Christology. His portrait is of a human being who does amazing things because of God’s Spirit at work in and through him, and whom God exalts. Luke-Acts, unless much earlier than anyone dates it, this challenges the notion that there is a trajectory ascending in a straight line from a portrait of this sort to the kind of thing we find in John, Luke’s chief competitor for the title of last of the New Testament Gospels to be written.

Of related interest, here is an effort from a while back, inspired by the Book of Acts and its depiction of the Jerusalem Council, offering a construction of a conservative stance in the first century as a critique of modern equivalents, in particular the Nashville Statement issued by conservative Evangelicals back in 2017:

October 14, 2020
The Influence of John the Baptist on Jesus' Teaching
Next Post 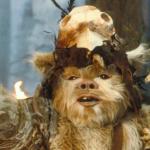 October 16, 2020 #CFP Call for papers on the encounter between Saul and the medium of Endor for Hebrew Studies 2021 volume
Recent Comments
0 | Leave a Comment
"I was looking around for discussions of this matter, and notice an obviously famous and ..."
Mark The Aims and Ending of Luke-Acts
"I don't say this very often, but Richard Carrier made an interesting point. It's a ..."
Phil Ledgerwood Revisiting the Slippery Slope
"I love it!"
James F. McGrath Should a Computer Choose (or be) ..."
"Yes it was too irritable, I will strike it. What infuriates is the suggestion that ..."
Mark The Aims and Ending of Luke-Acts
Browse Our Archives
get the latest from
Religion Prof: The Blog of James F. McGrath
Sign up for our newsletter
POPULAR AT PATHEOS Progressive Christian
1

Some Problems with Originalism
With the nomination of Amy Coney Barrett to the Supreme Court the...
view all Progressive Christian blogs
What Are Your Thoughts?leave a comment
Copyright 2008-2020, Patheos. All rights reserved.