I feel it necessary to point out how downright blasphemous—not merely offensive to human beings in general but an affront to God—Donald Trump’s statements and attitudes about his bout with Covid-19 are.

First, he has said that his getting the virus, allowing him to show the world that it can be beaten, is a blessing from God in disguise. I have always considered it a problem theologically to attribute one’s recovery from illness or other good fortune directly to God generally, but in particular while speaking to an audience of those who have shared the same misfortune but with a different outcome. To say that others have nothing to fear when they have already suffered the loss of a loved one from the disease that you recovered from is reprehensible.

In Trump’s case, he says this while simultaneously benefitting from a level of health care that few others in the world have access to, and working to deprive many others of the minimal health care they have.

To make matters worse, he calls this a miracle from God. That language is aimed at pandering to his religious supporters and unlikely to derive from a personal piety of a kind that he has shown time and again he does not have. And his miracle was facilitated by science–yes, this is an example of the man who said “I don’t think science knows” benefiting from science. And there are aspects of the scientific research that are things he has opposed, also to pander to his religious supporters since he does not seem to have any personal scruples of his own related to this. There is a line of cells that was originally derived from an aborted fetus that was used in the research that created the treatment he received. While there is certainly some misinformation circulating about the medication Trump received being derived from stem cells from aborted fetuses, as Tom McKay and Shoshana Wodinsky write, “The underlying criticism of Trump—that he is the beneficiary of research he opposes—is fair.”

As he does all this, Trump continues to refer to the virus as “the China virus” and to say that the entire pandemic is “China’s fault.” Shifting blame for one’s own errors is bad enough (as famously depicted in the story in Genesis 3). But doing so by scapegoating a nation or ethnicity is atrocious, the sort of thing that has been used to justify attempts at genocide. Everyone should be as appalled at Trump’s way of talking about China as they would be if another nation made some problem in the world the fault not just of the United States government (which it might or might not plausibly be) but of Americans in general.

To sum up, Trump says that it is a blessing that he caught Covid-19 and attributes his recovery to a miracle from God, insinuating like Job’s friends that those who have become more severely ill than him and/or have failed to recover are looked upon with less favor by God. He denies the validity of science when it suits him yet benefits from the most expensive medical care and medicines available, while actively opposing the kind of research that was used to produce the medicine that he was treated with, and working to deprive others of health care. He demonizes China and the Chinese in the process of shifting blame away from himself and his own inept and duplicitous courses of action in relation to the pandemic.

Is this not blasphemy? What would you call it, if not that? 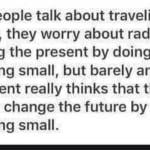 October 14, 2020 The Influence of John the Baptist on Jesus' Teaching
Recent Comments
0 | Leave a Comment
Browse Our Archives
Related posts from Religion Prof: The Blog of James F. McGrath