It is important to emphasize that there are a lot of different kinds of Christianity that share in common their unwavering support for Donald Trump and their embrace of a range of falsehoods and conspiracy theories. The ones who claim to be prophets are almost certainly Pentecostals. You won’t hear Baptists or Presbyterians talk like that. Some reflect the broadly Pentecostal brand of Christianity but seem to be working largely independently. Kat Karr predicted that Trump would win by a landslide, and then suggested that what God revealed was true but she had “misinterpreted” it. Mark Taylor seems to simply be a self-proclaimed prophet peddling conspiracy theories. He says that no genuine Christian voted for Biden, and that anyone who did has cursed their family for four generations. Organizations like the Christian Broadcasting Network certainly give them credence and attention, indicating that even if some are not directly affiliated, they are nonetheless involved in a relationship of mutual influence. Michele Bachmann, a former Lutheran, uses different rhetoric, praying that God would use his rod of iron to smash the delusion of Joe Biden being president, among other things. But there is a shared devotion to Trump, confident predictions that God ordained Trump to emerge victorious, and refusal to accept the results of the election.

So why is it that so many conservative Evangelicals who often don’t see eye to eye on matters of theology, doctrine, and practice are all embracing the same or similar false claims? Some will argue that somehow their religiosity drives their support of Trump. There has been some pandering to their religious views, but the truth is that these Americans of European descent share a common political ideology more than they share anything in common related to religion. The false prophecies of those who are prone to offer such are a result of their unquestioning support for the Republican party. They would vote for and support anyone that party put forward. Some of that support is fueled by claims that they would not believe if they were thinking seriously about these matters. But that is an important clue to understanding what is going on. Many of us have taken to wearing masks. We have not done that spontaneously. We have done it in response, first and foremost, to sources of information, including news media reports and medical experts, who have advocated this and provided a glimpse of what is unfolding in hospitals all over the country. In many instances requirements of employers have also been a factor, but that is because those employers have fed themselves with reliable information. If we fed ourselves with sources that lied to us constantly, telling us the pandemic was a hoax or not as severe as the purportedly biased mainstream media would have us believe, and that it was all part of a sinister plot to ultimately shut down churches and curtail freedoms in a variety of more severe ways, we would (if we accepted such claims) behave differently.

But why are they prone to accept claims that are patently implausible and literally incredible? What drives them to feed themselves with lies despite their shared scriptures that emphasize the importance of truth and the need for discernment? There I do think that some religious commonalities are relevant. Conservative Christians all share an us-vs.-them view of mainstream culture and sources of knowledge. There is almost a knee-jerk reaction that leads those steeped in these various religious traditions to reject what the majority in their society says and does. As with their biblical literalism, it is of course extremely selective. Most conservative Christians are blind to how much they share their society’s cultural values of individualism and consumerism. They might shop at a Christian bookstore to get their stuff but it is an alternative consumerism rather than an alternative to consumerism. But more than that, they drive on the same side of the road as the rest and stop at the same traffic lights and stop signs. They should know that just because something is widely accepted doesn’t make it untrue. They do know it on some level. But the emphasis on being prepared to “go against the flow” and “stand up for Jesus in an ungodly hostile world” sets conservative Christians up to be duped by those who claim that following their false claims will do just that.

None of this is an excuse. The Pentecostals know there are false prophets. The Baptists know that even the Devil can quote scripture. The even deeper issue is that, being already inclined by race, class, and culture to support Republicans, they are willing to give the party’s politicians and pundits the same benefit of the doubt they give their preachers.

Is the root issue the sin of pride, the sin of nationalism, or the sin of selfishness? It is hard to say, and it may differ from case to case. What I can say is that the politics and religiosity are now caught in an ongoing loop in which each reinforces the other. I do not know how to break people out of that loop, other than through patient conversations across our different viewpoints. Even then, we are all inclined because of basic human instincts to resist other viewpoints. Does anyone have suggestions and strategies that might help those of us truly committed to truth, including changing our mind when evidence calls for it, and for not blindly following any person or party, to reach out to those who are being led astray in the very dangerous ways we see happening at present? If so, I’ll be very grateful if you share them.

John Fea, an Evangelical historian who studies his own religious tradition and its involvement in politics (among other things) has highlighted that the lead Biden has in both the popular vote and the electoral college is clear and unlikely to be affected even if there is a recount that finds a few issues here or there. Robert Jeffries has acknowledged this and he won’t be the last. Prophecies that prove false often leave disillusionment in their wake, but there is also a long history of reinterpreting them and surviving the falsehood. Perhaps that is the biggest issue at the heart of this all: already being steeped in a worldview that trains you to be impervious to counterevidence to whatever you happen to already believe…

Are some of the court evangelicals coming around to a Trump loss?

A New Chapter in the American Experiment

Ralph Reed Said Many More White Evangelicals Would Back Trump; He Was Wrong.

And finally, a political cartoon from the Boston Globe that seems relevant. Check out Christopher Weyant’s Twitter account for more from him that is timely. 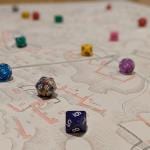 November 9, 2020
Re-Rolling the Past: Representations and Reinterpretations of Antiquity in Analog and Digital Games
Next Post 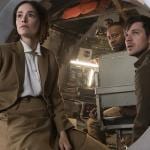 November 11, 2020 Time Travel to 2020: From Timeless to Star Trek: Discovery by Way of Doctor Who
Recent Comments
0 | Leave a Comment
"(2/2) "in vain" seems to suggest it's a pretty bad state of affairs for the ..."
John MacDonald The Contradictory Dates for the Birth ..."
"1 Cor 15 seems to be a particularly rich text on the issue because Paul ..."
John MacDonald The Contradictory Dates for the Birth ..."
"Good point! Thanks"
Keith Hunt Evangelicals and the Big Lie
"The Book of Job is also very clear on the subject. Take a look at ..."
James F. McGrath The Contradictory Dates for the Birth ..."
Browse Our Archives
get the latest updates from
Religion Prof: The Blog of James F. McGrath
and the Patheos
Progressive Christian
Channel
POPULAR AT PATHEOS Progressive Christian
1