Jesus and Those With Him

I am puzzled why most commentators regard the reference in Mark 3:21 as being to Jesus’ family. It isn’t that I cannot see how that interpretation is possible, but why is it treated so much as the default that it is taken for granted by most modern English translations? I see several major difficulties with this interpretation of the text:

In view of the above, if one wants to make it his family that has the negative response, then an option is to have it be his wider family that is all talking and expressing concern, leading to his immediate family seeking to intervene before any other relatives lay hold of him and the matter unfolds in a worse way. However, it is possible to make good sense of the story without having the family be in view in v.21 at all. If they are the ones who set out to “seize” or “restrain” Jesus, they do so to protect him, not as an expression of disbelief. It can be understood as an act of familial concern, even if it Mark does use an aggressive-sounding word to convey it. However, those seeking to seize him, it would seem, ought to be the authorities mentioned in the context. Making some modifications to the NRSV, we could render it thus:

When those associated with him heard it [i.e. about the crowds that gathered around him becoming so massive and demanding that Jesus could not eat] they set out to take seize him, for they were saying, “He has gone out of his mind.” The scribes who came down from Jerusalem said, “He has Beelzebul, and by the ruler of the demons he casts out demons.”

Of course, some have been perfectly happy to suggest that the family of Jesus and the authorities in Jerusalem are characterized in the same negative way.

My point here is not that this interpretation is clearly wrong but that it seems to me to be treated as though it were far more likely than alternatives, when the Greek text seems to me to be much more ambiguous. While “those alongside” can refer to family, perhaps the thing that seems so odd and so “off” is that Mark’s use of this phrase is taken to refer to Jesus’ family when they are not “alongside him” either physically or metaphorically.

See further the article by Drew Holland, “The Meaning of Ἐξέστη in Mark 3:21” in JIBS. And on Reddit:

There is a lot of discussion of this online and in commentaries and monographs as well as articles, indicating at least an awareness that something doesn’t feel quite right. How do you understand this passage? 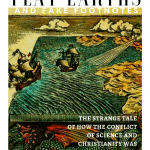 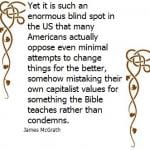 December 28, 2020 Christian Socialists
Recent Comments
0 | Leave a Comment
Browse Our Archives
get the latest from
Religion Prof: The Blog of James F. McGrath
Sign up for our newsletter
POPULAR AT PATHEOS Progressive Christian
1