We have all been warned about YouTube comments, right? But I did come across one that was genuinely useful and insightful, although my perception of it that way may be because it expressed something that I had been thinking. Here is what the comment said (with slight fixes of capitalization, punctuation, and the like):

Here is a way to test Haik-Vantoura’s claims:

I had been thinking about the relevance of these references to what seem to be titles of other secular songs that presumably were used in several Psalms, and whether the melodies that emerged from the cantillation marks would be the same. Listening to the melodies of the Psalms with this in mind, and being struck by how many have similar patterns (as one would expect in a tradition that was more akin to chanting and focused on the words more than melody), I was also struck that precisely where the superscription would lead one to think there might be a common melody, there did not seem to be, at least on first listen. Contrary to the claim of the YouTube comment, however, this is not something that challenges Haik-Vantoura’s interpretation of the cantillation markings, but the interpretation of them as a form of musical notation in any way. If the symbols correspond to notes, then whatever notes they correspond to, the melodies would be identical if the markings were identical. The words also do not naturally align to the same meter and so would be difficult to sing to the same melody. Of course, if what is being done is chanting rather than singing then different numbers of words can be chanted to the same pattern. We thus need to listen for similar patterns and not a precise alignment of notes at all points. The markings, however, suggest at least somewhat different melodies, if melodies is what they indicate. This leaves us with a number of possibilities, each of them intriguing:

Each of these is worthy of exploration. Since the Hebrew text has cantillation markings on the superscriptions, that has to be taken into account. When we do so, it may favor one or the other of the above. Removing the melodies accompanying the superscriptions would take some time, but it would really only be in the few instances mentioned above and perhaps a handful of others. My initial impression is that Psalms 57 and 58, for example, are different and yet there is a similarity of feel and even of melodic pattern nonetheless. Intriguing and tantalizing, isn’t it? All I can say for my part for now is that I am becoming increasingly interested in pursuing research that makes use of current technology to test multiple interpretations not only of the notes but of the scales and modes and of the additional markings that most likely indicate ornamentation or other such details. Computing makes it possible to survey the options more quickly than ever before, and digital rendering of the results makes it easier to put them to the ear test (the musical equivalent of the “smell test” if you will). It is easier to hear that something is amiss than to see it, and easier to hear it if the entirety of the Psalms or even of the Bible can be turned into music digitally. Transcribing the music by hand, playing it on an instrument, and looking and listening for patterns was much more labor-intensive. It is to the credit of Suzanne Haik-Vantoura that she did so much when the tools to assist the effort were far more rudimentary. Here is Psalm 57 for you to listen to what results from interpreting the cantillation markings (te’amim) as discussed above:

Here is Psalm 58. Keep in mind as mentioned earlier that these Psalms have introductory superscripts before the Psalm proper begins. The difference between the melody for that introduction and what follows is itself worth noting. Also keep in mind that this rendering is very mechanical, just as you would hear if the notation of a Gregorian Chant were turned into a digital file, with just about every syllable getting the same note length.

The melodies, as you can hear, are different, and yet there are some noticeable commonalities that I didn’t hear often in other Psalms, and it will take, at the very least, a close attention to what it sounds like for a human being to use these notes as a guide to singing the Hebrew words in a non-mechanical way to really evaluate what they share and what distinguishes them. On a related note, listening to the audio file for Psalm 130 (known to some by the many Latin settings, De Profundis), I wondered whether it didn’t seem insufficiently minor to fit the words. But listening to the Gregorian Chant rendering, I was struck to find it gave me much the same impression. If nothing else this warns me that there can be a wide gulf between any modern listener’s perception of music, and what made sense to ancient people.

In case you missed the meaning of the title of this post, “Do Not Destroy” is one of the things that seems to be a secular song title, which a few Psalms in the Hebrew Bible are to be played “according to.” Whether that is the same melody or something more to do with style, as I said, is not immediately clear. As for me, I imagine some point at which a music leader faced lots of opposition to their song choices, and so they marked their three favorites to say “you can delete others, but leave these alone.” 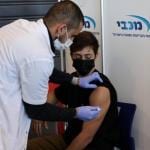 February 3, 2021 Religion in Galilee and Judaea
Recent Comments
0 | Leave a Comment
"Wasn't even aware of it."
James F. McGrath Revisiting Mythicism
"Did you get a chance to read Carrier's recent rant against you? See https://www.richardcarrier...."
John MacDonald Revisiting Mythicism
"Would literalist Christians reject the contents of Q knowing that they originate with John the ..."
Barros Serrano James McGrath at AAR/SBL in Denver
"These sound awesome!"
John MacDonald James McGrath at AAR/SBL in Denver
Browse Our Archives
Related posts from Religion Prof: The Blog of James F. McGrath 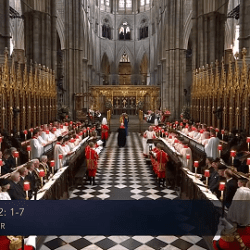