I am helping to circulate an interesting call for papers, which will be of interest to those who study both science fiction and ethics.

Conference: Camps, (In)Justice, and Solidarity in the Americas
Commemoration of the 20th Anniversary of the Guantánamo Bay Detention Camps
January 28-31, 2022, University of Graz, Austria

While the 20th anniversary of the detention camp in Guantanamo Bay provides the main impetus for the conference, the conference is “thinking” camps in broad terms and is thus seeking contributions that speak to the topic from all sorts of different angles.

I’ve been asked to organize two sub-tracks, one of which will be geared toward the U.S. American West and the other one toward camps in the speculative imaginary.

Given the fact that the Star Trek universe exhibits anything but a dearth in camps and camp-like structures which are put to allegorical use, among other things, I believe it will be worthwhile to put a Trekademic lens to the camps in Star Trek, ranging from Cardassian labor camps and detention camps for Suliban to Internment Camp 371, the rather topical Sanctuary Districts of the 21st century, and the Hunger Games-like heterotopic camps that the Hirogen turned Voyager’s holodeck into. Of course, there’s plenty more.

At the moment, I’m seeking at least one additional paper as I have received two abstracts already; one paper will tackle TOS, “Patterns of Force” vis-à-vis VOY, “The Killing Game Parts 1 & 2”, and the other one will speak to the sanctuary system in DS9, “Past Tense Parts 1 & 2.”

If you have an idea for a paper, please submit a short proposal (200-300 words) and mini bio to me via email (stefan.rabitsch@uni-graz.at) by Sun, April 4.

The conference may of course be of interest to plenty of readers who do not have an interest in Star Trek but would approach the topic from another angle. But the reason I know about the conference at all is Star Trek, and it is the panel related to that that was shared with me and which I now share with you. 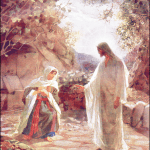 April 3, 2021 The Divinity of Christ and the Learning Jesus Continued
Recent Comments
0 | Leave a Comment
Browse Our Archives
get the latest from
Religion Prof: The Blog of James F. McGrath
Sign up for our newsletter
POPULAR AT PATHEOS Progressive Christian
1