Paul and His Relatives

I received a question via email related to my book (although since I address this in the book I am guessing they actually read my summary in a blog post or something similar). When I realized they were going to try to continue the discussion I did what I always do and moved the conversation to the blog, since others may have the same thoughts and questions, and still others may not but may nonetheless find the topic interesting.

The initial question was this:

I have recently come across your proposal that Junia and Joanna are the same person. I think you and Bauckham make a good case for it. My question is however, why must we posit that she was related to Paul? Paul doesn’t necessarily describe her as his relative — he only says that she and her husband are his “kinsmen” which can mean compatriots, fellow Jews.

Given that there are 6-7 people in Romans 16 who are all described as Paul’s συγγενεις, does it not make more sense to posit that he merely identifies them as Jews rather than family members?

My reply was as follows:

Thank you for your email. The term certainly can have a broader usage, although most instances within the New Testament indicate relatives at a closer level. That, plus the fact that Paul singles out only some of those who were kin in the broad sense as “kin,” leads me to conclude that he is using the term in its narrower sense. When we consider how much even distant family relations played a role in just about every aspect of life in ancient Mediterranean societies, the number of kin mentioned doesn’t seem particularly surprising.

To my surprise they then wrote:

But can’t a skeptic argue that this can explain Paul’s conversion? This would mean that Paul felt drawn in to the Christian movement to conform to his family. This would mean he never saw the risen Jesus, or it would have been an illusion.

Obviously none of that follows. All our sources agree that Paul opposed the early Christian movement. It certainly seems plausible to me that the realization that members of his own extended family might die as a result of his antipathy could well have had a psychological impact on Paul. We could likewise say that Peter’s combined attack in the Garden of Gethsemane that likely sealed Jesus’ fate, followed by his denial that he even knew him, may have triggered a guilt so profound that it summoned Jesus into his dreams to extend forgiveness, and the stories of him seeing Jesus evolved out of that. It will not do to try to avoid suggesting historically plausible scenarios are indeed plausible because they may be a justification or an excuse for disbelief. Nor will it do to pretend that psychology cannot possibly have any relevance to our understanding of early Christian religious experience. I spent a long time insisting that my own born again experience was spiritual and not psychological. Only with time did I come to acknowledge this as a false antithesis. I had the experience. I remember the experience. That it involved my mind doesn’t mean it was “all in my mind. All our experiences might be, and some likely are, and it is unwise to exclude the possibility simply based on its profundity or our desire for it to be true. Many people have done great harm to themselves and others because of powerful experiences they had. The earliest Christians, like those today, had family relationships, senses of obligation, guilt, remorse, and everything else that is part of the realm of human experience. It will not lead to a plausible historical reconstruction of earliest Christian history to suggest otherwise.

April 6, 2021
Why I'm Not Looking Forward to Resuming In-Person Conferences
Next Post 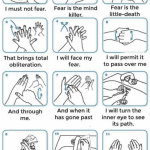 Gender Dysphoria: Real or Imagined?
I have searched through Scripture for some clarity on the issues of...
view all Progressive Christian blogs
What Are Your Thoughts?leave a comment
Copyright 2008-2021, Patheos. All rights reserved.