Call for Papers: Theology and the Riordanverse #CFP

Call for Papers: Theology and the Riordanverse

2020 marked the 15thAnniversary of the publication of the first book in the Percy Jackson series, Percy Jackson and the Olympians: The Lightning Thief, as well as what Rick Riordan claims will be the last in the series, The Trials of Apollo: The Tower of Nero. In those fifteen years, Riordan has published an impressive twenty-one books, which have come to be known as the Riordanverse. This includes the sub-series of Percy Jackson and the Olympians,The Heroes of Olympus, The Trials of Apollo, Magnus Chase and the Gods of Asgard, The Kane Chronicles, along with two collections of short stories.

While Riordan’s works have been acknowledged for the ways they reimagine the stories of Classical Mythology in the modern world, they also join a long tradition of young adult and middle grade fantasy literature that has attracted the attention of Religion and Literature scholars. This volume seeks to explore the books of the Riordanverse from those perspectives, asking how these works engage with the religious imagination, pose and/or answer theological questions, or talk about and illuminate the relationship between religion and culture.

Potential topics include but are not limited to:

·     The Divine as Human in The Trails of Apollo

·     Images of Hell and Punishment in the Underworld

·     Environmental Theology around Pan and Grover

·     The Relationship between “Metaphysical Gods” and the Gods of the Riordanverse

·     Depictions of non-Christian religious traditions and intersectionality in the Riordanverse (such as Magnus Chase’s atheism, voodoo influences on Hazel Levesque, and Samirah al-Abbas’s Islam)

·     Generational issues and tensions in the Riordanverse

·     Imagining the future in the Riordanverse

·     Imagining empire, community and culture in the Riordanverse

The editors invite submissions on these topics and others for a volume titled Theology and the Riordanverse, to be published by Lexington Books / Fortress Academic in the Theology and Pop Culture series.

Interested authors can submit proposals and questions to theologyandriordanverse@gmail.com. Proposals should be between 300–700 words. Please attach a CV and abstract of your proposed chapter. Chapter length will depend on number of submissions but are expected to be 5000–6000 words.

Nathan E. Fleeson is a PhD student in Religion at the University of Georgia. He studies the way fantasy literature evokes the religious imagination to mediate relationships with God and the world around us. He currently teaches an introductory course in Religious Thought at UGA based around the Percy Jackson books.

Via the Popular Culture and Theology blog. Also of interest:

Oh, My Pop Culture Religion: Religious But Not Spiritual 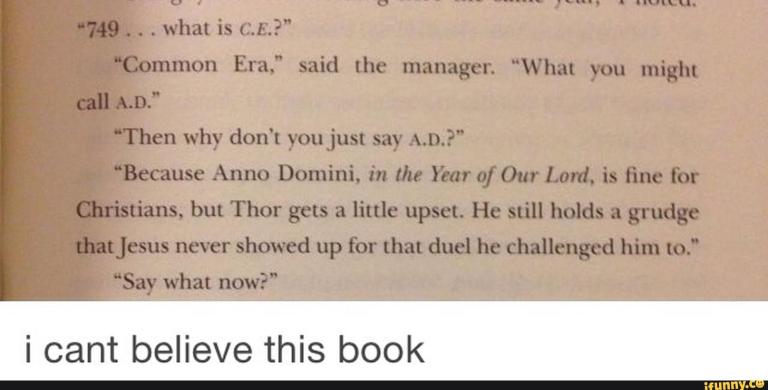