A mention of Frank Herbert’s Dune conjures up visions of warring houses, giant spice worms, mysterious Fremen, and the crucial ‘spice’ melange. But within Herbert’s broad world building enterprise, his universe unashamedly embeds religious themes and theological frameworks in the narrative. From the obvious themes of messianism and jihad through to somewhat subtler engagements with gender, these themes often present strong contrasts between the culture of the 1965 publication and the variety of contextualised adaptations of the source material. Most recently the Dune universe has returned to prominence in Denis Villeneuve’s 2021 and 2023 two-part epic exploring the first book and has introduced many of these religious and theological themes to a broader audience. More broadly various adaptations such as the fated Alejandro Jodorowsky adaptation, the disavowed David Lynch film—credited as Alan Smithee—and various small screen adaptions such as Children of Dune have all attempted to bring Frank Herbert’s vision to a media audience.

Therefore we are issuing a call for proposals to draw together a range of contributors to think through the theological and religious themes that make up the Dune universe, for an upcoming volume on Theology, Religion, and Dune in the Theology, Religion, and Pop Culture Series (Lexington Books: Fortress Press). Drawing on the source material in the Frank Herbert novels as well as the various adaptations for the silver and small screen this volume will examine how these aspects intersect with sci-fi and popular culture’s broad religious and contextual engagement. From the richness of Herbert’s universe the reflections of this volume will advance our thinking on how religion and theology are adapted into the world and world-building of popular science fiction. A variety of methodological approaches is encouraged, especially those which intersect with science and philosophy of science.

This book will be part of the Theology, Religion, and Pop Culture Series, aimed at a wide, popular readership, especially those with an interest in the horror genre, as well as those academics interested in cultural studies in social power, violence, race, disability, queerness, and gender.

Please send a 300-500 word abstract, along with a current CV to cporter@trinity.edu.au. Chapters length will be determined at a later date, based upon the number of accepted proposals. Proposals due by 14th March 2022, and response aimed to be by the 28th of March 2022. First submissions are anticipated for November 2022. 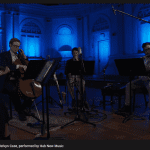