The Bible and Music at the Royal Funeral

I watched the Queen’s funeral live this morning. In addition to having lived in the UK for many years and being about to live there again for a few months, and in addition to simply wanting to be part of this historic moment, I also have a great love of modern British music and a strong interest in how the Bible is interpreted through music (the focus of an open textbook I have written that will be published soon). When I am in Oxford in the coming months I hope to make it to chapel as often as I can as much for the music as anything else. I was eager to hear the new works by Judith Weir and James MacMillan. I hadn’t looked up the order of service beforehand but unsurprisingly there was also music by Hubert Parry, and a Psalm setting by Ralph Vaughan Williams. I am not certain who composed the music for the Funeral Sentences with which the service began.

Prof. Nicholas Adams’ added some additional commentary on the service on Facebook and since the post is public I presume it is okay to quote it in the same manner one would any public social media post. I excerpt the points about music here:

The order of service broadly follows the Book of Common Prayer (BCP, 1662), opening with sentences from John 11 (‘I am the resurrection and the life…’), Job 19 (‘I know that my Redeemer liveth’) and I Timothy 6 (‘We brought nothing into this world’)…

Two of the musical Funeral Sentences published by William Croft in 1724 follow. They are ‘Thou knowest, Lord, the secrets of our hearts’ (a text from the original 1549 edition of the BCP) and ‘I heard a voice from heaven’ (from Revelation 14). Croft wrote his setting of the latter perhaps for the funeral of Queen Anne in 1714. Croft’s composition is by his own admission a pastiche of Purcell. Purcell had himself set the ‘Thou Knowest’ text, which Croft published as part of his suite of Funeral Sentences, obviously not recomposing it himself. (‘The reason why I did not compose that verse anew (so as to render the whole service entirely of my own composition) is obvious to every Artist’. Modest but true.) The published order of service obscures this somewhat in the attributions by separating the composers and the texts – they form a unity from a 1724 publication. The text ‘I heard a voice from heaven’ would, in the 1662 BCP, have been said or sung (it is not clear what setting – I guess Thomas Morley) while the earth is cast upon the body. It has here been transposed earlier in the service…

The first lesson ‘Now is Christ risen from the dead’ (1 Cor 15) is the set reading in the BCP funeral service. The psalms set there (‘I said, I will take heed to my ways’, Ps 39 and ‘Lord thou hast been our refuge’ Ps 90) have been replaced by ‘Like as the hart’ (Ps 42). There was an opportunity later in the service to set Ps 90 in one of the two anthems (it is unusual to have two anthems), but alternatives were chosen.

The text ‘Man that is born of a woman hath but a short time to live’, which is at the heart of the BCP funeral service, and sung as the corpse is made ready to be buried, and which Purcell set in his Funeral Sentences, has been entirely omitted. The same is true of the prayer of thanks ‘Almighty God, with whom do live the spirits of them that depart’.

‘God grant to the living grace; to the departed rest; to the Church, The King, the Commonwealth, and all people, peace and concord, and to us sinners, life everlasting; and the blessing of God almighty, the Father, the Son, and the Holy Spirit, be among you and remain with you always. Amen.’

…The final hymn is the Methodist Charles Wesley’s ‘Love Divine’…

The Music is exemplary. There are two new compositions: a setting of Psalm 42 (‘Like as the hart’) by Judith Weir and the anthem ‘Who shall separate us from the love of Christ?’ (Romans 8 ) by James MacMillan. It would have been tempting to serve up a dish of old faves, but this is more like Last Night of the Proms (which has a first half of new music and a second half of warhorses). Judith Weir is Master of the King’s Music (and obviously before that of the Queen’s Music), and the first woman to hold that honour. She has written church music but it is not the major focus of her work. James MacMillan holds no royal position, and his commission derives presumably from his life-long track record of sacred music, which reflects considerable learning (he is an honorary fellow of Blackfriars Hall at Oxford – a centre of Dominican scholarship, where the Aquinas Institute was set up in 2004 by Fergus Kerr) and profound Roman Catholic religious formation. This is an especially intense ecumenical expression.

Scottish musicianship is well represented (Weir’s family is Scottish, although she was born in Cambridge; MacMillan is arguably the most famous active Scottish composer, and the Crimond setting of Psalm 23 is Scottish). Welsh musicianship is properly recognised in Rowlands’ Blaenwern (for the hymn ‘Love Divine’) and Vaughan Williams ‘O Taste and See’ (from Psalm 8 ), which as the order of service tells us was composed for the Queen’s Coronation.

Birmingham gets a look in, by the way: the St Clement hymn tune for ‘The day thou gavest’ is probably by Clement Scholefield, an Edgbaston lad, although this authorship is disputed. Vaughan Williams thought it was not very good, incidentally, but the Queen loved it. And so do I.

Adams also noted the representatives of diverse religious traditions present at the service, concluding his comments with the remark, “All in all a fascinating performance of British religious complexity.” My wife noticed that there appears to be a Sikh member of the choir, and I’d love to find out more about that.

I mainly watched via the BBC’s livestream on YouTube but also had the television on. The ABC news broadcasters brought in Terry Moran who commented on how remarkable Queen Elizabeth’s Christian faith has been in an era in which British religiosity has declined.

You can find complete information about the music that was part of the service in many places online, but this one from Classic FM is particularly helpful.

If you missed the service, or want to hear the music again, the video is available here: 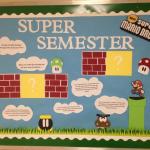 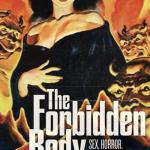