John and Jesus under Roman Occupation?

I am now settled in in Oxford continuing my research on John the Baptist. There have also been thrilling opportunities to hear music and look at manuscripts, mostly ones relevant to my project but sometimes just really awe-inspiring ones for someone in my field. Here at Magdalen College there is a handful of fragments of papyrus that are sometimes called the Magdalen Gospel. If you are a New Testament scholar you know it as P64. It is an important manuscript despite being just a few fragments of the Gospel of Matthew, as they have been dated to around 200 AD and are thus among our earliest evidence of the New Testament writings.

I will share more photos from the trip soon. For the moment, I just want to touch briefly on the language of Jesus as someone who lived “under Roman occupation.” It appeared recently in an otherwise excellent Facebook post by Matt Tebbe, which I will include here since it deserves to circulate:

Stuff that still blows my mind in The Gospels:

1. The demons and evil spirits speak some of the most orthodox confessions.
2. Jesus sends out seemingly heterodox people (Gentile demoniac, Samaritan woman) as the first missionaries in his ministry.
3. Jesus seldom, if ever, seeks to directly change what people want. Rather: he engages people to own what they want and then gives them a provocative or confrontational invitation.
4. Jesus keeps looking for people he can trust, and celebrates ruthless honesty (John 1.47; 4.17-18; Matt 8.10) over pedigree, position, or power.
5. Jesus chooses to give the Holy Spirit to those who doubt.
6. Women are with Jesus from the beginning; they are first to proclaim the gospel of Jesus’ resurrection; the most despised and marginalized women Jesus encounters are given the public honor of teaching and being a model of faith to powerful religious men (Luke 7.36-50; Mark 5.21-43)
7. Jesus had a sense of humor and used satire- even maybe sarcasm- to reveal and proclaim.
8. How Jesus- as a male colonized Jew living under Roman occupation- reckoned with power in order to love and enact justice.
9. How the spiritual/material split we all take for granted in modern U.S. society- that includes a bifurcation of political and religious as well – is absent from how Jesus (and other ANE people) conceived of their world.
10. Jesus didn’t preach the gospel I first learned how to preach when I became a Christian, i.e. the bridge illustration, the 4 spiritual laws, etc. He proclaimed the Kingdom of God.

My issue is that this language makes Jesus relevant to issues of occupation today at the expense of historical accuracy and so risks cheapening the experience of occupation rather than helping those today who are subject to it. First, Jesus lived in Galilee which was still under Herodian rule throughout his lifetime. The Herodian territories were of course clients within the Roman Empire, but if that is what it means to be “occupied” then almost every land has been under occupation throughout most of its history, with relatively few exceptions. Second, the Judaeans asked the Romans to depose Archelaus, and thus the institution of direct Roman rule came about as a result of their request. If the people of a territory request that the empire remove the client king (or in this case tetrarch) is the appointment of a governor “occupation”? It does not seem to me that Jesus had to deal with the kinds of things that Palestinians in the West Bank do, to say nothing of those in Gaza. Saying that Jesus lived under Roman occupation seems to me to distort both his life and times, and that of our contemporaries who live under occupation in the true sense of the word.

What do you think? While most will be focused on Jesus as is Matt Tebbe’s Facebook, this is also relevant to my work on John the Baptist. Was John, and was Jesus, anti-Roman? If anything both seem more anti-Herodian, and that in itself complicates any discussion of how they viewed their lives within the context of the Roman Empire. Of course, you might want to say that the Herodians were opposed to John and Jesus and thus the lack of love for the Herodian rulers on their part was not without justification!

Most readers of this blog will recall that the subject of Jesus and Palestinian occupation came up here not too long ago. If you missed it, you may wish to see this earlier blog post:

October 1, 2022
Mary Magdalene (and other biblical towers)
Next Post 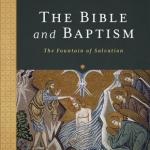 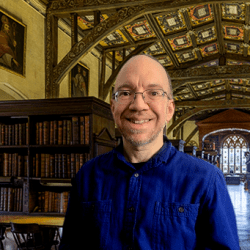