Sunday I came upon an article concerning the discovery last December of the archaeological remains of a house in Nazareth.  The discovery was received with much enthusiasm by the Mary of Nazareth Association.  “The discovery is significant. Up till then, there was no scientific evidence affirming the existence of a village of Nazareth of the epoch of Christ.” 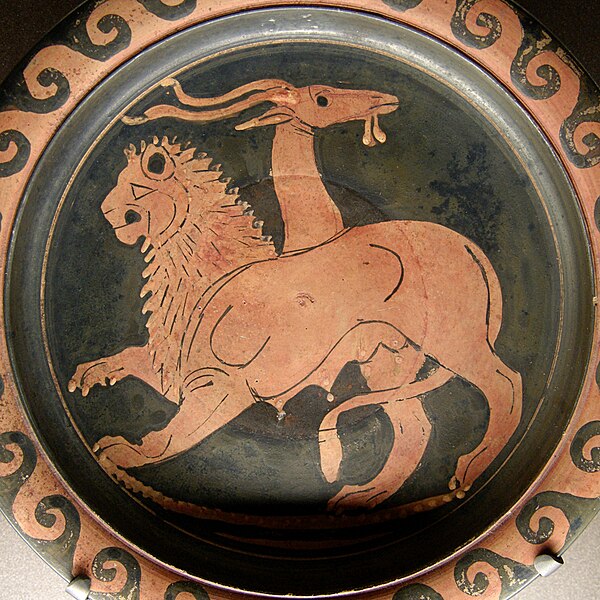 They are assuming, first, that one building proves the existence of a village, where no other evidence of inhabitation has been found after so many years of searching. Then, too, the pottery they used to date their find places the house before 67 BCE, which was when Pompeius Magna entered Judea.  Apparently it did not occur to them yet to ask why there are not any later remains from this site, why was there nothing found that would indeed place a community at Nazareth in the first century of the common era? The find of one house does not prove what the authors hope to prove, nor has the lack of discoveries disproved anything.

It seems that this sect needs physical proof that their myths are tied to geographical places and to historical times as though that somehow makes their stories more real than the myths of other religions. I noticed, too, in Bill Maher’s film Religulous (2008) how he had focused on the myths of the Bible as being obviously untrue.  Several times, for example, he referred to the “talking snake” of the garden. Interesting to me was when Mr. Maher questioned an individual at a Biblical theme park who was dressed to look like an image of Jesus. He tells the man of the similarity of the myths about Jesus with those of Krishna, Mithra, and Horus.

Bill Maher: “But the Jesus story wasn’t original.”
Man at The Holy Land Experience: “How so? ”
Bill Maher: “Written in 1280 BC, The Book of the Dead describes a God, Horus… Horus is the son of the god Osiris… born to a virgin mother. He was baptized in a river by Anup the Baptizer… who was later beheaded. Like Jesus, Horus was tempted while alone in the desert… Healed the sick… The blind… Cast out demons… And walked on water… He raised Asar from the dead. ‘Asar’ translates to ‘Lazarus’. Oh yeah, he also had 12 disciples. Yes, Horus was crucified first… And after 3 days, two women announced… Horus, the savior of humanity… had been resurrected.”

Maher’s approach is simple and naive. ‘If the myths are not real, then neither can God be real.’

What a strange idea? And a very different approach towards myth. Two-thousand and fifty-five years ago a senator of Rome, Cicero, wrote, “In every other case we see the fictitious and unfounded opinions have dwindled away over the lapse of time. Who believes that the hippocentaur or the chimera ever existed? Where can you find an old wife senseless enough to be afraid of the monsters of the lower world that were once believed in (Natura Deorum II. 5)?”

It is not at all strange to me to find similar myths exist in different cultures. In addition to Krishna, Mithra, and Horus, Maher could have easily point to Tammuz, the Adonis born in a grotto at Bethlehem later claimed as the birth place  of Jesus, on the same date, the winter solstice in that time, or to have pointed to Orpheus who is portrayed as the Savior (soter) who died on a cross, like Pales of north Africa and many others. Parallels can be found even in myths of the Americans where the Twins descend into the Underworld, die, and resurrect. Or one might look into Eliade’s Shamanism to learn how the theme of death and rebirth relates to shamanic initiation in many cultures. Just like Bill Maher, a Christian once approached me and tried to “disprove” the Greco-Roman myths, I assume to promote his own myths over those of my tradition. But like Maher and many others, believers and doubters, they have no understanding of myth itself. There are many such stories as those told about Rama  and Jesus, because myths relate to the human condition and not to any one person.

I think it was Plutarch who wrote that myths tell the story of the journey of the human soul.  Myths are intended to be allegorical. Well, some myths. There are actually different reasons as to why myths arrive. While there are many studies that have been made on mythology, Fritz Graf  of Ohio State University offers a brief explanation on the history of modern analysis of myth in his own Greek Mythology: An Introduction (1993).  Plutarch, in my opinion, has the right idea that myths cannot be taken literally and must instead be understood as applying to everyone.  Whether one reads the Poimandres or the Popul Vue, the story is not just that one individual divinity manifested into the physical world like Krishna, was born, nailed to a cross as it were to hold his spiritual being to a physical body like Orpheus, the body later dying to release his spirit as with Hercules on the flaming wheel of the zodiac, or as though resurrecting from a cave or a stone like Mithra, descending into the Underworld like Ishtar, stripped of Her seven veils just as the divine in Poimandres is captured by seven planetary layers, then to rise, ascend back into the heavens to be recognized as a god or a goddess at the right hand of the Gods.  The mysteries taught that we are all Jesus in a sense; his very name, from the Greek letters, signifying the cross formed by axes of the zodiac that ensnares the divinity in all of us into a physical form. We are all children of the divine after all, and all destined eventually to return to our home among the Gods, to become a god ourselves.

Cicero, who scoffed at the notion of anyone believing in such monsters as a chimera, also wrote The Dream of Scipio, where Scipio returns from death to tell us what awaits all of us.  As in Ovid’s Metamorphoses, the stars above, shining along the Milky Way, are the light of houses along the celestial Via Sacra where heroes, like Scipio, live near the abode of the Gods.  It was an allegorical story in its way, and also related more  to reality than some take their myths to be, since our bodies are in fact made of stardust and shall, I assume, return to the stars in a physical sense someday.  And if there is more to us than just biochemistry and physics, as I firmly believe there is, then the divine within all of us shall journey on, progress, and evolve, towards returning to the Gods from which our true selves, our Authentic Being, descended into life and shall be born again upon death, resurrected into a divine life once more.  The truth of the myth does not lie in the story of Poimandres or of any other hero, but in speaking with our personal Poimandres, the divine within ourselves.

Myth moves, evolves in the telling, adapts to changing circumstances. Myth is organic, just as its subject is organic. How odd, then, that believers and doubters alike should become so hung up on the myths themselves, trying to prove or disprove the allegorical surface as though they were historical facts, when the message lies beneath.  Somehow in battling over myth they have been caught in the gaze of the multi-headed, multiform chimera – the very image of chaotic matter, and have forgotten what resulted with Bellarophon when his hubris got the better of him and he was cast down before ever reaching the heights of Olympus.

April 4, 2011 Beliefs: That the Gods of Ancient Rome Exist Today
Recent Comments
0 | Leave a Comment
Browse Our Archives
get the latest from
Pagan
Sign up for our newsletter
POPULAR AT PATHEOS Pagan
1