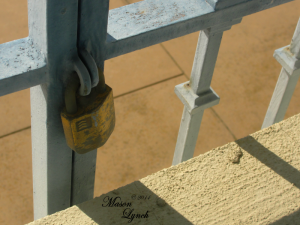 I feel that I’ve been luckier than most in my experience of growing up a homeschooled conservative Christian. It hasn’t taken me long to distance myself from the harmful ways of thinking, and my success in that respect can probably be attributed to the mild autism that has also been a barrier between me and everyone else.

I’ve always lived in my own little world to some extent. When I was young, up to my early teens, I had no concept of other people’s thoughts and subjective experiences. In my world they were merely animated objects that reacted in generally predictable ways. Being quite intelligent in other respects, I quickly learned how to manipulate them–which is one of the things from my past that was thrown at me when I admitted I had left the family religion, supposedly to illustrate that I’ve never been a “true Christian”.

Unlike my mostly idyllic childhood, my teenage years were confusing. I slowly developed an understanding of empathy, and alongside it a very unhealthy view of myself informed by the Christian environment in which I lived every moment of my life. You could say I died to myself, to borrow a metaphor from one of the first celibate fundamentalist Christian cult leaders, the Apostle Paul. Once I understood empathy, I became disgusted with myself and started actively shutting down all my own desires. I became very quiet and lived for other people, but it didn’t work for long. By my late teens I became trapped in the fear that results from ascetic religious views of sexuality.

At least one aspect of my autism caused my mother significant frustration when I was young and continues to plague me as an adult. My skin is very sensitive, so I’ve always disliked clothing. Even when I find something that fits me, it still has a good chance of being rejected for having a seam in the wrong place, or the wrong texture, or being too heavy. Some of my earliest clear memories involve the desire to remove my clothing. As a child I didn’t understand why nakedness was supposed to be shameful. I didn’t feel it. Even when puberty introduced a completely new aspect to the issue, I still didn’t understand.

Introducing Sex into the Equation

The “sex ed” I received was vague; it mostly amounted to “you’re going to feel new things toward women, nudity is bad, so control yourself.” I was thirteen and mostly just curious, so I took the opportunity to ask what married people do to make babies. I knew it involved a bed and nakedness, which sounded pretty great to me, but beyond that I had no idea. My father reluctantly and indirectly explained.

After that conversation and a few discussions during family devotions about how bad it was to have physical contact with people of the opposite gender before marriage, I reached a simplistic understanding of sexuality: I would feel things, but I just had to ignore them until I got married. No problem, I thought, feelings were never much of an issue for me.

Throughout my teens I would occasionally wake up early and run out to the forest to take off my clothes and enjoy the fresh air. We lived in the mountains twelve miles from the nearest town, surrounded by wild and pure wilderness. I was led to believe that simply being naked outside of a bathroom or bedroom was wrong, but I didn’t feel it. I felt the relief of my skin being released from the oppression of fabric.

Everything changed when I was sixteen. After years of wandering from church to church, and then years of holding services at home, we found a small community church nearby and started attending regularly. For more than a year I played piano during the worship, which meant I would be picked up by one of the elders who lived nearby and be among the first people there, hours before the service.

There was one girl near my age at this church, and she also arrived early to help with preparations. She was pretty, soft-spoken, and one of the kindest people I’ve ever met. The first moment I saw her I was struck with a feeling I’d never had before. I very quickly realized that this was the new feeling my father had warned me about, so I tried to do what I’d been told…I tried to make it stop.

It was immediately obvious that I couldn’t. The reaction wasn’t just a feeling, at least not like the feelings I was familiar with. I became obsessed, and started praying earnestly nearly every day for it to go away. I didn’t want to feel anything like that until I was married, because I was told it was wrong before marriage. As a result, I didn’t tell anyone, and endured it for a year and a half until finally it faded. I did eventually tell the girl, at which point she was involved with someone else. They’re now married and very adorable.

Starting a New Life without Religion

During that time I got serious about Christianity and began studying. When the older members of the group became adults and went off to college, some of them set up a weekly Bible study which I attended for a couple years. Most of them were strongly Calvinist, even more so than my family’s Reformed background, and I was immersed in its negativity. I soon rejected Calvinism entirely, which was perhaps my first step on a long journey out of Christianity.

The damage was done, though. I learned to see my natural desires, my body itself, as evil. I struggled to find meaningful connections with people, and over time I drifted away from the group and nobody brought me back. In my understanding at the time, the only healthy way to deal with what I felt was to get married, but I couldn’t even befriend a girl let alone initiate any sort of deeper relationship. I got involved with an online community of homeschooled Christian writers, which was helpful; many of the people I met there are still my best friends today. But I needed physical presence, not just silent disconnected conversations.

The stress of self-hatred and becoming an adult culminated in a mental breakdown, complete with severe depression, self-harm, frequent panic attacks, a brief period of agoraphobia, suicidal thoughts, and other mental havoc. This breakdown led to the supportive friendship of a girl halfway across the country, who helped me discover that I’m on the autism spectrum. We fell in love and got engaged, and I moved thousands of miles to be with her, but it didn’t work.

Depression returned, this time with constant flashbacks, crippling fear, and even more intense panic attacks. It took two years, but I eventually recovered with the help of a psychiatrist and medication. Prayer never made a difference, no matter how honestly I believed, no matter how many other people prayed for me.

Finally Embracing Who I Really Am

Another complication arose in my late teens that took me a long time to recognize. I’d swallowed the anti-gay message, as it was the only knowledge of gay people I had, and felt angry about homosexuality because I wanted close relationships with guys but didn’t want them to be tainted with the idea of evil. Perhaps it took me so long to figure it out because I have a very low sex drive–for a biological male, at least–but I eventually realized I’m bisexual.

I had a brush with Nazarene doctrine and felt the presence of God a lot. I studied the Bible deeper than ever before with the goal of learning what it really said, and one by one the lies started showing. I rejected original sin, rejected the idea that sex before marriage was always wrong, rejected the condemnation of same-sex attraction, rejected the idea that it was impossible to stop sinning. Still a Christian and still feeling some shame about my sexuality, I had at least found a more reasonable form of religion.

But the real freedom came when I quite unexpectedly realized that my new beliefs were based on an interpretation of the Bible that was no more objective or realistic than that of my more conservative friends. I found too many passages that I couldn’t reconcile with the ones that informed my new opinions. My hyperactive imagination and ability to conjure and interact with fictional people only confirmed the suspicion that my experience of God was also all in my head.

When I finally convinced myself to let it go, I felt the same sense of relief as when I rejected the idea that I’d always be a sinner. In a way it was merely another step toward truth on the path I’d been following for years, but it also set me free to reconstruct my self-image. I’m now much more confident, not only about my body but also in speaking and interacting with people. I still have some lingering negative feelings toward myself, and perhaps I always will, but my view of sexuality is much healthier now that I’ve put the fear behind. 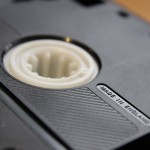 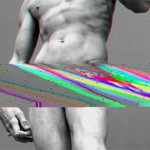 February 28, 2016 A Brief History of Me and My Buddy
Recent Comments
0 | Leave a Comment
Browse Our Archives
Related posts from Removing the Fig Leaf