The Worst Sex Education: Not Talking About It at All 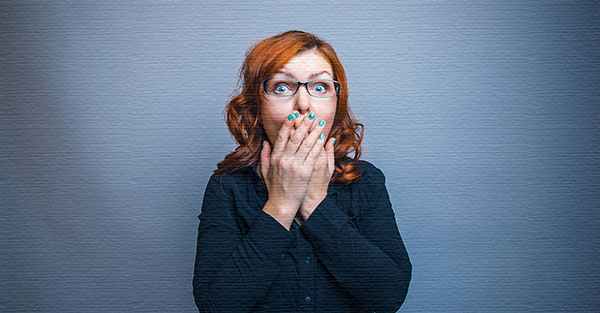 [Today’s guest post is written by Karen Garst, former Executive Director of the Oregon State Bar and editor of an upcoming book entitled Women Beyond Belief: Discovering Life without Religion.]

Two of the most effective manipulative techniques at religion’s disposal are shame and guilt. They are used to turn affection, love, and desire which result in sex outside their narrow confines of marriage into a dirty, sinful act.

Unfortunately, I can attest personally to these effects. Growing up in the 50’s and 60’s in a staunchly Lutheran family in Bismarck, North Dakota, I was never taught about the fundamentals of sex. At an outing at the local zoo, I asked my mother “What are the llamas doing riding piggyback?” I received no reply. I only learned some of the fundamentals about my own body when I came home from fifth grade and entered the house yelling at the top of my voice, “Hey, Mom, what does menstruation mean?” The girls in the class had just seen a film, sponsored by Kotex and Walt Disney, that was so obtuse I didn’t even understand it. My mother diligently pulled out a piece of paper and drew the female uterus and ovaries and explained about menstruation. Of course, I never said the word out loud again in my house. But I do still have the little pamphlet they handed out. I wonder why I kept it?

My mother’s explanation did not extend to how those female parts might interact with a male body during sexual intercourse. No, that would have been going too far. For someone who was a virgin when she married my virgin dad, you think she would have had some empathy for the need for knowledge of intimacy. The high school in Bismarck did not have any sexual education classes, abstinence or otherwise. And when the guinea pig in my sophomore biology class gave birth and the male started to attack the newborns, the teacher said nothing and just rushed the cage out of the room.

My knowledge about sex came by purloining a copy of my sister’s paperback, 79 Park Avenue by Harold Robbins. In that novel, a shop owner rapes a young girl. That is how I learned about intercourse. Great image, right? A few years ago I was in a used bookstore and I bought that same paperback. I still have it but have not had the courage to re-read it. Maybe someday. Because I came by my knowledge from a book, I totally embarrassed myself in junior high by correcting the pronunciation of a girl who said the word whore. “But it is pronounced with a w not an h!”

Maybe if I had had some sex education I would have known what my older brother was trying to do when he asked me to take my clothes off and lie in bed. He came into the bed and lay on top of me. He didn’t fondle me or rape me, but it was inappropriate to say the least. I didn’t have a clue what he was trying to do. Later, when he got his girlfriend pregnant and they “had” to get married, I told my older sister that I didn’t think she was “that kind of a girl.” I got my first education on being a feminist when my sister upbraided me for blaming her. My sister was seven years older and had been to college and had figured a few things out. But blaming the woman came naturally to me. After all, it was all Eve’s fault, right?

There is another element that plays into the church’s teachings about sex. You must be a virgin when you are married and your goal in life is to be married and have children. From the earliest age, I thought about marriage. After a cute boy walked me home in first grade, I had a question for my parents. Of course I knew he was Catholic. I knew what church or synagogue each of my friends attended. That evening, after supper, I asked my dad if a Lutheran should marry a Catholic. He answered thoughtfully that since marriage was sometimes a difficult proposition, marrying within your faith would be a good idea. Ha, both by sister and I married lapsed Catholics!

But how effectively culture, including religion, defines our goals when from such an early age I thought my role in life was to marry and have kids! While my parents certainly supported education, marriage still became the dominant desire in my heart. I even remember saying a prayer to God for someone to ask me for a date to the senior prom. Being a skinny teenager who always tried to beat the boys in reciting Bible verses in Sunday school probably didn’t help me in getting a date.

I did go out a bit at Concordia College in Moorhead, Minnesota. Dances were not allowed on campus, but we found a way to make it to North Dakota State University in Fargo or Moorhead State across the creek. This was the era when the girls stood around the edges of the room and the boys walked by each one of us. No girls danced together and no girl ever asked a boy to dance. Embarrassing to say the least.

When I was home at Christmas my senior year, I got a call from a boy whom I had known vaguely in high school. He was a year older. He invited me to a dance in town and I was excited to attend. Later that evening, he confided to me that he had always liked me from afar. Interestingly, he was always dating someone else when we were in school together. Hmmm. He was in medical school and asked me what I thought about marrying a doctor. Yes, that was a bit of a jump on the first date. To make a long story short, we played around a bit before I took off for six months to study in Paris. He gave me his ring and then wrote me a Dear Jane letter halfway through my studies. I purchased a little troll for him in Sweden and sent the ring back to him wrapped around the troll’s legs.

When I returned to Bismarck, I spent the summer working for my dad’s real estate business. About a week before I had to return to school to finish my studies and serve as a teaching assistant, this boy called me. I agreed to go out with him and because he told me he would make it all up to me, I had sex with him. He went off to a different city and I never saw him again in my life.

No Longer a Virgin

So what does a girl do now? She is no longer a virgin, is not getting married to the boy back home, but went on birth control assuming she would. Well, she sleeps with just about anyone who asks. And she thinks that each one might be “the one.”

If I hadn’t gotten some counseling along the way, I probably would still be doing the same. Fortunately I met my husband 27 years ago and we have a wonderful son.

But let’s look at what my life could have been if I had been taught that sex was not something to be silent about. Maybe my parents would have educated me about both men’s and women’s bodies. Maybe they would have talked to me about how natural sex is and that it is to be enjoyed. Perhaps they could have emphasized that I had a long life to live and that I should focus on what I wanted out of life for myself, rather than assuming my only goal would be marriage and kids. And just maybe they could have taught me it was okay to pleasure myself so that I could know what joys my body could give me.

There are many reasons to reject religion but blaming women for original sin, shaming their bodies as dirty and unclean, allowing men to treat them as property, and making sex education taboo, are right at the top of the list. 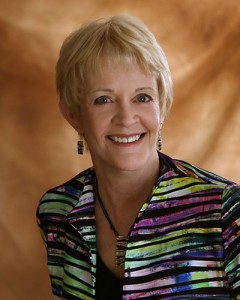 Karen Garst is the former Executive Director of the Oregon State Bar, editor of Women Beyond Belief: Discovering Life without Religion (Fall, 2016) and she blogs at www.faithlessfeminist.com. 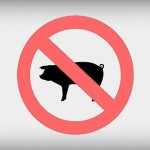 January 31, 2016
Bacon, Sex, and Why Your Condemnation Doesn't Stick
Next Post 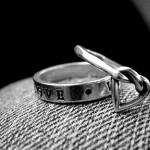 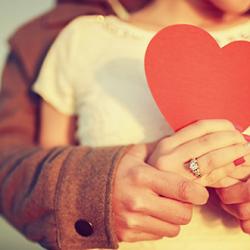