5 Harmful Religious Ideas I Had to Unlearn about Sex 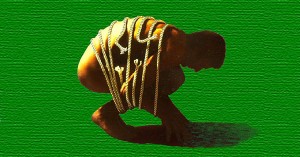 I was born a Pentecostal.

My background was not as extreme as Kim Davis’s Pentecostalism, but I did grow up on Jimmy Swaggart and “That Thing” and homophobia and overt misogyny and stories of demon sex spirits imprinting pornographic images on my mind and shoving me into a pit of fornication and adultery and infidelity and shame and misery — but I’m jumping ahead.

The more progressive religions — UU, Reform Judaism, Buddhism — don’t necessarily have these problems. But I didn’t grow up in any of those traditions.

When I lash out, I’m lashing out at the person I used to be, at the stories I tell myself about me and my own sexuality. I hate those stories. My life improves every time I leave another behind.

I don’t remember anyone actually coming up to me and saying that sex is shameful.

I only remember the hushed tones.

I remember being shielded from depictions of nudity.

Sexual desire was a passion of the flesh. “Do not conform to the pattern of this world, but be transformed by the renewing of your mind” (Romans 12:2).

I guess sex itself was not shameful, as long as you conformed to the religion’s expectations. In particular, anyone who had sex before they were married was committing sin and playing with fire. And after the wedding, sex was a given.

I never learned how to negotiate for sex. Not even with my spouse. Negotiating for sex would require talking about it.

This was not the only reason I lacked relationship skills. But it was part of it, and this feeling of inner shame would come back to bite me repeatedly.

When I was 11 or 12, I read a book about sex from a church library. It presented the subject tastefully, from a Christian perspective.

I learned that a man and woman get into bed together, usually naked— That shocked me. I couldn’t imagine being that exposed. And after they very clinically execute coitus, they end up feeling kinda sparkly all over. And that’s how it works.

For years, I cycled through feelings of guilt and shame over this. Sometimes, I would cry and pray to God to help me overcome this sin. I renewed my dedication to live a pure life. And that would last, maybe, for a few days.

Decades later, I finally decided that if sex with myself hasn’t ruined my life yet, it’s probably not going to.

I lost my virginity to “a slut.”

Throughout my adolescence and into young adulthood, I managed to avoid that kind of girl. But eventually, I fell to her temptation, her attentions, her fiery red hair, her curvy swagger, her alluring smile.

Tracy and I were about the same age, but she had a baby daughter, while I was almost just out of diapers. (“Tracy” is not her real name, btw.)

We didn’t actually have intercourse, and I counted my blessings. I had narrowly escaped a woman who was sex-obsessed, skin-deep, mixed-up, and dysfunctional. A woman gives up part of herself when she has extramarital sex. How screwed up must Tracy have been inside? I never went out with her again.

In reality, the opposite was probably true. I would have destroyed her life. I had never learned how to have a real, adult relationship, the kind that does not fit into the moralistic box that the God of dogma has prepared for his children.

But what we did was sex. And I so enjoyed our moments together. For decades afterward, I would remember dating to be a loathsome duty of youth… except when it came to Tracy. She made dating fun. Exuberant sometimes. Passionate. Comfortable. Happy.

I didn’t know how to give her credit for that.

Far from heaping shame on her, I am the one who should be ashamed, because I do not even remember her last name.

“Sex is a commitment.”

My longings I held firmly in check with dogma. No wonder I was so miserable.

My marriage was my best shot at happiness. If I got “too close” to another, I was risking it. “Talking leads to flirting, and flirting leads to cheating,” I was often told. I squelched promising friendships, never expressed the tenderness or passion that was in my heart, pretended my life was good.

And I was incredibly lonely.

I so desired connection, variety, creativity, exploration. I so desired to fall in love again. And as I grew older, I realized what experiences had been denied to me when I was young, and I wanted some of those experiences.

Once, in the middle of a particularly deep depression, I was lying on the living room couch daydreaming and feeling lonely. I knew that the only way for me to get what I wanted was for my wife to die. But I also realized she would probably outlive me. And in that moment, I gave up on love. And I rolled over and curled up into a ball and began to sob. I think I cried myself to sleep.

And the irony is that now my commitments strike more deeply, because I now get to choose the commitments I make.

I could see the end coming from afar, but I didn’t see how fast it would collide with me.

I had already talked to the church leadership about stepping back from my role as music leader, in order to discover my beliefs and values, and they expressed their sympathy and support. I figured I would eventually drift away from them, if that’s where I was destined, and quietly fade from view.

My final performance there was wonderful. The denomination had asked our church to bring our worship service to the national conference. So we packed up our gear and headed to Chicago for a summer weekend. I didn’t believe any of the theology anymore, but that many people all singing together was an experience of pure beauty.

The following week, I was captivated by one of the conference photos from the denomination’s public Facebook page. It was a photo of the morning worship service, from the back of the room, with hundreds of people there, and us on the stage off in the distance. I shared this photo and added a caption:

“Performing before a room this big is almost as fulfilling as sex.”

I wasn’t trying to push people’s buttons, to tick them off, or to cull my Facebook friends list. I was merely describing a deep, personal, emotional experience. It was as honest and vulnerable a statement as you are ever likely to see me make publicly.

And immediately, people started calling the head clergy. Within hours, he was chewing me out over the phone and demanded that I censor my Facebook feed, so as not to be divisive, for the sake of peace in the congregation. I decided instead to withdraw my membership.

That broke me. I was already an atheist before, but this turned me into an angry atheist. They told me they were my friends, and just when I most needed their understanding and support, they abandoned me and betrayed me.

Still, in the ashes of that destruction, new life has sprung. Still young, tender, a delicate shoot, it promises a miracle. For the first time in my life, I feel hopeful. Not depressed, but fulfilled. Not lonely, but loved—deeply, truly, passionately (as my lover might put it). I still climb hills and traverse valleys, and sometimes the valleys are darker than I ever imagined, and way more complicated. But they’re my valleys, and I cherish them. That’s part of growing up, part of being an adult.

And I will never go back.

Everyone’s experience is a little different. But I always enjoy hearing stories from former fundamentalists who have left behind their former God’s ideas about sex, and how they’re better off because of it. What are some of the ideas about sex that you’ve given up? Let me know what you think in the comments. 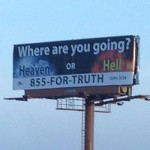 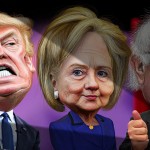