The Twins of Shame: Self-Esteem and Being Told To Cover Up

The Twins of Shame: Self-Esteem and Being Told To Cover Up March 21, 2016 Morgan Stringer 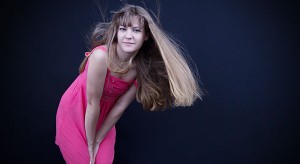 Imagine young girls and the women they are supposed to look up to as educators, mentors, and even guardians yelling “Slut!” and “Whore!” at a projected image of a young woman in a crop top as a speaker nods encouragingly and smiles. You might think that this is some past event. Surely we do not encourage such behavior in 2016? You would be wrong. This all took place at my former high school at a “purity conference.”

French Camp Academy is a fundagelical boarding school, especially for “at risk” youth. I attended French Camp from the summer before my high school sophomore year until I graduated. I recall similar “slut shaming” at French Camp. I was always scrutinized more because of my curvy body. I had to wear a uniform sweatshirt that swallowed me whole and went to my knees  because a sweatshirt that fit me would distract boys in class. My church dresses had to go below my knees, not a single centimeter above, because then I would cause boys to lust after me when they were supposed to be focusing on Jesus. I was even accused of “attempting to cause someone’s husband to lust after me.” I was 16.

It was a woman’s job to cover up because if she doesn’t she is a “stumbling block” for men’s faith, since lust is a sin according to the Bible. My body could cost a man his salvation! If he goes to Hell, I have to shoulder the guilt that I shouldn’t have worn that V-Cut shirt, or he might be in Heaven. Additionally,  other girls dressed scantily, and if you were like one of those girls then you would never find a good husband and you sent the message that you were only good for sex. I was not to dress like those “other girls” because I was special and unique. I was “not of this world,” but a follower of Jesus.

This message was very damaging to me. I always had a bubble butt, fuller chest, and thick thighs and hips, so no matter what I wore, I was never covered up enough. If a boy or man could tell I had a body (surely another woman would not think such things about me), then I was still causing him to sin because my body type was inherently lust-causing. I was fetishized, then taught that I should be ashamed of my fetishized body.

I began to hate my body. Like many young girls, I already struggled from self-esteem issues. But this made me hate my body even more. I thought that if I followed all the rules of covering up and being “godly,” then God would reward me with a loving partner. This never happened, and I began to believe that I would never be good enough for anyone else. I would be alone forever. I went on unhealthy diets,  I worked out intensely, but my figure never changed. I wept, begged on my knees, did everything I could think of, begging God to make me “skinny.” Maybe if he did, then a good person would love me.

Since becoming an atheist, I am now free from silly notions that I must follow a set of impossible to follow rules in order for God to bring me someone who will love me. There is so much more to life than worrying what others think of my body. I still struggle sometimes because they fetishized my body, then made me feel that I should be ashamed of my body. I was taught this everyday throughout high school.

But now I am free from that reinforcement of shame. Becoming an atheist enabled me to focus on positive aspects of my life, such as helping people, my education, and just living my life. If my body causes anyone to lust after me, it is no longer my problem. I no longer have to cover up and be ashamed. In fact, I can now celebrate my curves as something beautiful, and no one can convince me otherwise because I am free from indoctrination and all the body shaming that came with it. 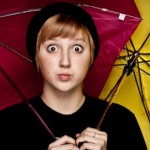 March 17, 2016
Everything Under the Umbrella of Lust
Next Post 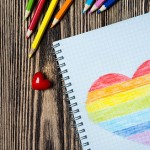 March 23, 2016 When Your Child Is Bisexual and It's Time Your Family Know It (Clap Your Hands!)
Recent Comments
0 | Leave a Comment
Browse Our Archives
get the latest from
Removing the Fig Leaf
Sign up for our newsletter
POPULAR AT PATHEOS Nonreligious
1