Escaping A Culture of Repentance

I was fourteen years old when an older boy showed up on my street. I often walked my dog in the evenings, and he would drive up and down the street, slowing down to offer me every sex act he knew about (and a few I’m sure he knew nothing about at all). He tried to get me into his car on several occasions– and I was afraid of him.

He worked in the store at the apple orchard next door to my house, so I stopped going there. When my father pushed me to get a job at the orchard, I panicked. I was desperate to find a way out, so a friend who worked at the pizza place across from my high school introduced me to her boss. It turned out the owners had gone to high school with my mom, and I was hired on the spot. I was thrilled.

I never felt in actual danger at the restaurant, but I did learn more about sex in those few months than a fourteen year old should have. The manager enjoyed shocking me by discussing his sex life in detail. He and the owner flirted with me relentlessly. Their favorite game was to throw something on the floor and ask me to pick it up. I wouldn’t, and then there would be some joke about what they would like to do to me while I’m bending over, or what they liked best about the view down my shirt. They would make this kind of joke at least a dozen times during my shift.

Did I mention these were adult men and I was fourteen?

I understood it was inappropriate, but I also wanted to fit in. They thought it was cute when I called them out on their behavior and reminded them of my innocence. The more I put them in their place, the more they made their jokes. At times I felt guilty about playing along, as if I were somehow betraying my self-worth by laughing with men who were sexualizing me. I thought I should have been more offended than I was.

If it went too far, I would escape to the back room and wash dishes. I liked the cook. He talked about sex, too, but he never asked me to pick anything up off the floor for his amusement.

Does Flirting Mean You Consented to Have Sex?

A family member once told me that she maintained a carefully conservative appearance because she did not want to cause a man to have lustful thoughts. Not because she would be uncomfortable with a man looking at her that way (although I am sure she would be), but because she was afraid of causing a man to stumble in his faith.

It’s a common goal among Christian women. While both men and women are taught not to sin sexually, women are also taught not to be the temptress who causes a man to sin. Which means women have the unique honor of being blamed on behalf of all parties involved. Secular culture today is still struggling to shed that unfair disparity. At the tender age of fourteen, I was convinced that my acceptance of such behavior made me doubly guilty, too. And it was going to get worse before it got better.

By summertime I had left that job behind, turned fifteen, and lost my virginity. There was a moment that July when I found myself wrapped in a sheet and sitting in a bathroom after a friend had decided we would have sex whether I wanted to or not. (This is so common that I assume a large number of readers can relate.) What had followed, of course, was nothing that resembled sex.

My pride found the situation impossible to accept. My initial reaction was to lock myself in the bathroom to think, and so there I was, trying to decide how to walk out of the door and face him again. I had invited him there. I had kissed him. I had wanted him to want me, even though I had no interest in a relationship with him. So I just decided to end our friendship– and I moved on.

What if I hadn’t invited him there or kissed him? What if he had showed up uninvited and kissed me against my will before forcing himself on me? I wouldn’t have simply moved on. I would have dialed 911. What’s the difference? The difference is that a part of me believed I had forfeited my right to consent.

It Makes Just Enough Sense to Be Dangerous

A year later I would embrace the Christian guidelines for sexuality. Christianity confirmed that consent was not something I was capable of giving. This is what I was taught:

The truth is, I found comfort in having my guilt confirmed and then forgiven. It was easier. Spiritual failure comes with punishment– but if we repent, it all goes away! And redemption feels good even when the transgression isn’t really your fault.

I had arrived at the feet of Christ already in guilt, so no alarm bells were going off the way they should have been. God would also find me guilty if I couldn’t forgive, so I was not allowed to obsess over my anger or feel sorry for myself. About anyone or anything. Give it to God. It all makes just enough sense to be dangerous.

Repentance and self-loathing, however, are allowed and encouraged without any limits at all. For example, every time a resentful thought crossed my mind it meant I was failing at forgiveness or faith. The Christian culture of redemption leaves us with a never-ending supply of guilt. Which seems…. unhealthy. It’s easy to forgive someone if you have shifted all the blame to yourself, and so when my ex-friend asked for forgiveness, I gave it without hesitation.

Fortunately, I had enough sense not to allow him back in my life, but I absolutely understood how that could have happened.

The Impossible Task of Staying Right with God

David T. Lamb wrote an interesting article for Christianity Today called “David Was a Rapist; Abraham Was a Sex Trafficker.” It focused on sexual violence in the Old Testament, but the overall theme of the post was about forgiveness:

The consequences for sexual violence are severe indeed, but God’s mercy toward repentant sinners is even greater. When we talk about sexual violence and help victims, we need to remember that God’s grace is far more powerful that human sin—as egregious and damaging as it can be. Scripture teaches that when humans behave badly, God behaves graciously. He not only forgives repentant sinners, but also gives aid, strength, and healing to victims of abuse. Jesus, the offspring of both victims and perpetrators of sexual abuse, came to redeem not only their lives but ours as well.

I’m still a great believer in forgiving others, and I appreciate the author’s intent. But does God really give “aid, strength, and healing” to victims; or is he only offering them forgiveness, too? And is that really enough?

My parents had no idea about these things that happened when I walked down the street, went to work—or even spent a weekend at my sister’s apartment. They had no knowledge of the moment I turned everything over to God or what kind of impact that had on my life. Luckily for me, they never reinforced biblical principles (I managed that one all on my own). I see Christian parents every day attempting to protect their daughters from the world and believing they have succeeded. I also know too many women who carry more than their fair share of guilt because the Bible told them to.

The Bible teaches that mankind isn’t capable of doing good on our own; we are sinners who can only be saved through the grace of God. The most devout believers are always talking about the evil in their own hearts. It’s a strange kind of dual existence to be both the most wretched creature on earth and a close personal friend of Jesus Christ. How can that work?

If everything is forgivable while everyone remains guilty, we remain trapped in a cycle where healing cannot occur because we are not allowed to fully acknowledge when someone has hurt us. The Christian culture of repentance is meant to be an equalizer. There is no right and wrong among us: God is right, and we are all wrong. The only thing that matters is whether or not we are “right with God,” which can change from minute to minute. In an instant our past can be erased. What God forgives, we must also forgive. In this system, there is no healing, only more guilt. And always another sin waiting in the wings.

Until we break the cycle.

Can you relate? Leave a comment, and join the conversation! 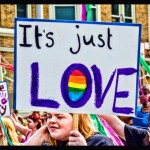 April 15, 2016
Does My Sexual Orientation Make Me a Bigot?
Next Post 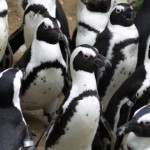