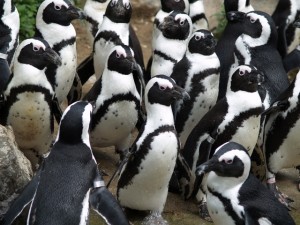 It is interesting to note, when talking about what is natural and what is not, that the fig leaf is unique to humans. Our use of clothing makes sense in some ways, and in other ways it’s just plain weird. I think about it a lot because, as I explained in my introductory article, I’m autistic and clothing is very annoying. You could say wearing clothes is unnatural, in the sense that it’s an entirely human invention.

There’s another human activity often disparagingly deemed unnatural, even though it isn’t unique to humans at all. Homosexual behavior has been observed in many animals, and for some it’s more common than heterosexual copulation. This fact is often brought up in debates when a social conservative tries to argue that same-sex relationships are bad because they’re unnatural. No, no, they are quite natural. At which point the conservative says, “What, do you think we should get our morality from animals?” Of course not, but the argument wasn’t about morality. It was about whether or not it’s natural.

The point of considering the widespread incidence of homosexuality in animals is not to say that humans should base their morality on what animals do, but rather to gain a better understanding of how and why same-sex attraction exists. Sometimes it’s beneficial, like for certain birds, while other animals may just be doing it for pleasure. In any case, a small percentage of gay members aren’t going to have a negative impact on the future of a species.

So here are nine scandalous stories of gay and bisexual animals, to help dispel the myth that such behavior is a human-invented perversion of the true purpose of sex that will destroy society and cause tornadoes.

Near the turn of the millennium, when America was still reeling from 9/11 and Bernie Sanders was voting against going to war in Iraq, a blood test of an inseparable pair of penguins at the New York Aquarium confirmed they were both male.

Wendell and Cass had been “a couple” for around seven years, and maintained a nest that the other penguins envied and occasionally tried to steal. While the rest of the penguins participated in heterosexual relationships, breakups, and flirting, the gay couple remained monogamous. Females in search of a new mate didn’t go for them, and they showed no interest in the females either. They behaved the same as any other dedicated penguin couple, had plenty of sex, and didn’t seem worried that they weren’t reproducing.

They remained together until Cass died in 2004.

2) Tango, the Penguin with Two Dads

The famous pair of male penguins at the Central Park Zoo named Roy and Silo had a good start. They spent six years together, and after trying to incubate a rock they were given an egg from a heterosexual couple that had two, as penguins are only able to care for one chick at a time. The pair raised their adopted child, a female named Tango, and did a great job as parents.

When they lost their nest to another couple, Roy and Silo drifted apart, and eventually Silo partnered with a female. Roy spent some time alone in a corner, and then joined a group of unattached males. Their adopted daughter went on to form a partnership with another female named Tanuzi, and they’ve stayed together for many years.

This story of the unorthodox penguin family has become widespread and controversial, especially when a children’s book was written about them, but it’s hardly an isolated case. There are many other same-sex penguin couples around the world, both males and females, and some of them have also had the opportunity to raise chicks.

Technically the term lesbian may not apply, as these female pairs have sex with males in order to fertilize their eggs. But due to a combination of factors, almost a third of all albatross couples in a colony on Oahu are comprised of two females. The colony has significantly more females than males, and since they usually bond as couples for life, bringing in more males probably wouldn’t make much difference.

The female pairs work together to raise a chick and act just like any heterosexual pair, except they get sperm donations via adultery with a male who is usually already partnered with another female.

You may not want to model your own relationships on those of swans, but cygnets raised by a pair of males are significantly more likely to survive than offspring raised by a heterosexual pair. This is because the combined aggressiveness of two males makes them better at establishing good territory and chasing away predators. About six percent of black swan pairs are homosexual males, and like most swans they stay together for life. In order to obtain cygnets they either steal eggs from their neighbors, or use a female for a temporary threesome and then chase her away after she lays her eggs.

I do not condone stealing your neighbor’s children, even if you would be a better parent.

Several years ago a young male elephant named Ninio caused a stir in Poland when it became obvious he wasn’t interested in the girls. In fact, he was quite aggressive toward them, sometimes hitting them with his trunk and even pushing them into pools of water.

However, when it came to the other males, Ninio’s behavior was described as “affectionate.” Male elephants do engage in sexual activity with each other, but in this case it wasn’t clear if Ninio would be gay or become interested in females when he matured. I was unable to find a more recent update than the original story from 2009, when he was ten years old, and elephants reach sexual maturity at fourteen.

Research at Oregon State University several years ago not only confirmed that about eight percent of male sheep are exclusively gay, but also that their preference for ramming rams and eschewing ewes is a biological trait caused by a difference in their brains that exists before birth.

The research turned even more controversial when the scientists altered hormones in the brains of the gay sheep, which resulted in them becoming interested in heterosexual sex. Some groups opposed the research for various reasons, including animal rights and concern that the possibility of altering a person’s sexuality with hormones could lead to more persecution of LGBTQ people. Hopefully this research will be used for good rather than evil.

The first time I saw the Atlantic Ocean was during a visit to Myrtle Beach, SC. A large souvenir shop called Gay Dolphin Gift Cove stands there right beside the beach, and I bought a colorful picture of dolphins from them.

These extremely intelligent animals are probably the best known example of homosexual behavior outside of humans. As is the case with most other animals, “gay” dolphins aren’t exclusively homosexual. Instead, the males tend to form long-lasting and intimate groups, and engage in sex with both genders as well as periods of exclusive homosexuality. They cooperate for protection and to find females for mating, and when confronting other groups of dolphins they sometimes end up in cross-species homosexual orgies. The females also have gay sex by sticking their snouts into each other’s genitals. Males of some species have occasionally been observed going for the blowhole, the only known example of (at least attempted) nasal sex.

In other words, dolphins are shockingly unrestrained with their sexuality.

Japanese macaques have been the subject of some interesting research because homosexual behavior among female macaques is, at least in some groups, the most common type of sexual activity. Males get together as well but they’re more casual about it, while the females form a series of temporarily monogamous pairs during the mating season.

Rather than being completely gay, the female macaques will eventually also mate with males, even though they often turn down a male in favor of getting intimate with another female. However, there are a few rare exceptions where the same-sex preference is exclusive and lifelong.

Sometimes called pygmy chimpanzees, bonobos are very similar to the common chimp but less aggressive…and the entire species is bisexual. They use sexual activity for greeting, social bonding, resolving conflicts, and simple pleasure, and are the only non-human animal known to engage in tongue kissing and oral sex. About 75% of sexual encounters among bonobos have nothing to do with reproduction.

This article barely gets you started on the wonderful diversity of animal sexuality. I didn’t even mention the homosexual activities of lions, dragonflies, and thousands of animals in between. And there are even more interesting cases, such as various fishes that can change sex as adults, invertebrates that have both male and female organs, isolated female fish developing testes and fertilizing themselves, and a species of lizard that is entirely female and reproduces asexually.

The world is full of such fascinating variety, and I’m proud to be a small, weird part of it. 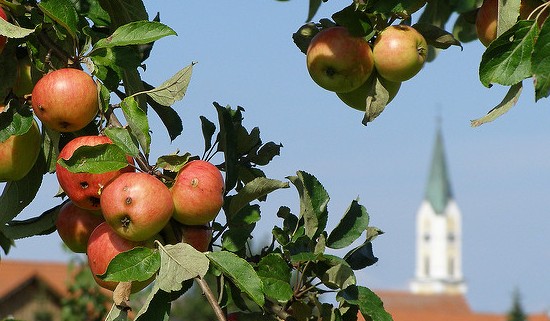 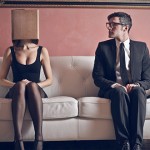 Pastor left puzzled as to why...
The Freethinker
Related posts from Removing the Fig Leaf