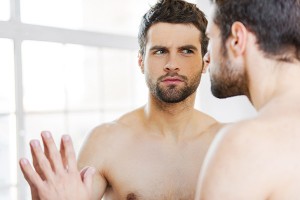 Readers of this blog have likely noticed one of the most popular refrains of the abstinence-only movement.  Whether it is manifested with hokey images of chewed gum, beat up gym shoes, or gunky scotch tape, the message is clear:  “You are who you sleep with.” (Doubly important for those whose genitals happen to be an innie.) For some reason, conservative forms of Christianity are exceptionally preoccupied with how many people a person sleeps with. They cling to a pernicious worldview that assigns a total number of acceptable lovers to each person. Anything above this number, and the consequences range from becoming fodder for gossip, to total abandonment, or worse. The more devout sects will frequently claim that the correct number equals one, and in many cases, they are not nearly so concerned with the level of consent given as with the extent to which the person (or victim) has been “defiled.”

Nevertheless, my experiences run completely counter to this idea that our souls are like physical pieces of ourselves that we chop up and parcel out to our partners. Quite the contrary! Rather than losing myself through my dalliances, I have found them to be crucial to discovering and accepting myself. My experiences suggest that promiscuity is not innately a bad thing. Like everything else, it plays an important part in the tapestry of human sexuality.

Growing up as a budding homosexual in suburban Texas in the 90s was tough.  I came from a family that attended the local Southern Baptist church, so my childhood was rife with sideways glances and muffled sneers at my feminine demeanor and mannerisms. After perhaps thousands of small attempts to police my own behavior, I tried my hardest simply to ignore them, but damage to my self-worth and body image festered with time.

My earnest efforts, first to appease others, and then later to shield myself from their disapproval, were all in vain. By my teenage years, I felt antipathy toward everything that I was. The deepest cut to my sense of self was manifested in my hatred for my own body. A lithe waif, I graduated high school standing 6’ tall and 125 lbs. In a society that worshiped traditional masculinity and football as much as religion, it made me an outcast in my own world. The ideal physique presented to me in both religious and secular contexts combined a musculature and effortless athleticism that I could only dream of.

Life moved forward. I came out at seventeen and got kicked out of my church, which, thankfully, helped me create a narrative for my life using my own voice. While I wish I could say that I immediately found love and acceptance within the gay community, that could not be further from the truth. You see, the gay men I found had all been affected by the same society in which I had grown up, and so the muscle-laden quarterback demigod of the religious world had been carbon copied as the god of the heathens. Worse, without all the religious prohibitions on sex and graven images, its presence became that much more oppressive. While the religious community’s piously feigned ignorance of sex blunted messages about body types, the gay community rumbled and roiled, grappling with the task of managing freedom, desire, and identity, as well as the delicate task of loving the bodies that both worlds told them were never good enough.

My response to this dynamic was the exact one I had been warned about since childhood: I did what I wanted just to see what would happen. And so, since becoming sexually active at the age of seventeen, my paramours have now accumulated into the triple digits, and quite unexpectedly, my life has been enriched by the supreme fullness of these experiences. Oh yes, there were indeed some times when I was just inconceivably lonely and sought the touch of another. Sometimes I was overwhelmed with sexual attraction for my partner. Sometimes I was simply bored and randy. If nothing else my libido completely fulfilled the male sexual stereotype, and still, to say I have regretted more than perhaps a handful of my rendezvous would be a lie.

On top of flouting my religious upbringing, I eschewed the cloying body morés of the gay community, adopting what I like to consider a buffet mentality towards sex. Not wanting to miss out, I sought experiences with all manner of men. Some older, some chunkier, maybe hairier or more ethnic than the perfectly tan twinkazoids I was instructed to idolize by my peers. I was often criticized by the sanctimoniously chaste, but I think they probably wanted to experiment just as I had been doing. Looking back, it seems that for whatever reason, they could not negotiate a departure from their inherited belief system as successfully as I did.

What I Have Learned

I still don’t know what possessed me to reject the ideology I was raised with so thoroughly, but I am thankful I did, and I ask that you let me share with you what I have learned. Allow me to preface it by saying that I am a Taoist, and so my conclusions are often contradictory, but I hope that you will look past the impotence of words and consider my ideas. I also hope you will tolerate a small helping of my tenacious idealism:

You are beautiful, and you are not beautiful. You are perfect the way you are unless you are unhappy with yourself. Beauty is indeed in the eye of the beholder, and without a doubt, you—no matter who you are— will be ceaselessly arousing to someone, and impossibly unattractive to others. Beauty exists in so many varied forms and styles that it is pointless to compare yourself to another. Someone out there will always be “hotter” than you, but it won’t matter, because you may be surprised to find that the person Mr. or Ms. Hottie wants, doesn’t want them, but in fact wants you. Beauty is not a fixed property. Beauty and self-worth must be developed through self-discovery, and once found, they must be proclaimed. It is up to you to find them within yourself.

Since my sexual journey, I have come to accept my pale skin and feminine face. Also, I am beginning to work out because I have determined that my physical weaknesses are indeed inconsistent with who I desire to be. I have come to accept my at once playful yet acerbically dry bedroom manner. I have come to accept that not everyone will want me no matter what I look like. I have learned to say “no” when I want to, and I have discovered hidden treasures among the men who hear “yes” too infrequently. I fear aging less, as I know it does not spell the end for vigor and vitality, sexual or otherwise. I have learned that every single human being is beautiful in some way and ugly in another, and that we may only aspire to be as fleetingly beautiful as we can. I’ve learned that inner and outer beauty both count, but in different measures depending on whom you ask. Perhaps the most important thing I have discovered, though, is the beauty of living. Navigating sex, beauty, self-worth, and self-love is such a fantastic journey, it reminds me every day that life is worth living, even as a godless heathen.

Loving and Finding Yourself

To conclude, many sexual partners may not be right for you, but I want to express that my experiences affirm to me that you are a person whose worth is profound and immutable. You may not always like the person you see in the mirror, but I hope you embrace the magnificent adventure of finding your truest self by learning to share yourself with others. Please learn to be more deeply vulnerable with others in your day-to-day life, whether through sex, platonic friendships, or family relationships. In art, a relief is a kind of sculpture that has a design stamped or carved on it, so that it stands out from the surface. You can learn to be with others in a way that creates a figurative relief, a sculpture on which the hidden parts of yourself can be revealed. Seeing yourself clearly, perfectly imperfect, the way you surely are, is the first step to truly loving yourself. I hope this act both humbles you to love yourself more profoundly, and inspires you to strive more diligently to be the person you want to be. I don’t know what your path will look like, but in my case, although it goes against everything I had been taught, the intimate company of others has played a crucial role in healing and finding myself.

How has sex been a source of healing and self-discovery in your own life? Leave a comment to join the conversation! 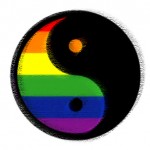 Alessio Fiore is a Linguist, philosopher, and cosmopolite. Too many more personal details and his anonymity will be blown. 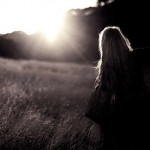 June 30, 2016
Absorbing the Smallest Amount of Light
Next Post 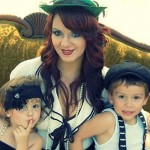 August 19, 2016 I Let My Husband Rape Me, and Here’s Why...
Recent Comments
0 | Leave a Comment
Browse Our Archives
get the latest from
Removing the Fig Leaf
Sign up for our newsletter
POPULAR AT PATHEOS Nonreligious
1

An Evangelical Site Tries Hard to...
Roll to Disbelieve
Related posts from Removing the Fig Leaf