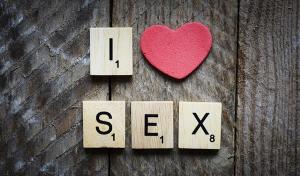 Writing about sex is hard.

And it’s not just because the innuendos keep coming again and again whether you want them to or not.

It’s not just religious people, either. It’s everybody.

It’s in Our DNA

In case you haven’t yet discovered this, the things nonreligious people dislike about religious culture are NOT entirely peculiar to religion. The things we despise about, say, fundamentalism are present in just about every cultural enclave around us. You just have to learn how to recognize them when they show up. Tribalism runs deep in our species.

Likewise, judgmentalism isn’t the exclusive property of religion. Everybody does it, even atheists. If you don’t believe me, you must not have actually interacted with very many. Certainly not in any large numbers, at least. We’re much more relatable one-on-one, but try to organize us into a large cohesive group and things get messy really quickly.

We’re like fertilizer. Spread us out over a large area and we make things healthier. But pull us together into one concentrated area and we just start to stink.

Removing the Fig Leaf is a blog about unpacking the religious baggage about sexuality that we inherited while growing up religious. But the baggage doesn’t just come from one source. It pervades every corner of our surrounding culture—particularly in the United States, thanks to our highly religious national backstory.

Related: “Removing the Fig Leaf: A Blog About Sexuality Without Shame“

What makes it even harder (dammit!) is that human beings are naturally insecure animals. We naturally internalize the criticism of others (well, some of us do…others seem oblivious to it) and that impacts how we view and experience our sexuality as well.

I can tell you for example that I’m not monogamous. I can tell you this up front, being as transparent and honest about it as I can possibly be. I’m not ashamed of it, either. I personally feel we shoot ourselves in the foot by the way we structure our relationships, burdening them with expectations which our own histories tell us are unrealistic. But let’s not get off on that right now. Heh, get off. Anyhoo…

The disapproval is instant, and often quite strong. On other topics, my circle of influence tends to be tolerant of differences. If I said I liked men instead of women, I’d be praised by them for declaring it openly despite the social repercussions I’ll undoubtedly encounter. If I said I am into both men and women, I’d receive support for that as well, although both gay and straight communities could do a much better job of accepting and affirming those who don’t fit neatly into either category.

But if you say you’re non-monogamous, you get judged by virtually every community…with the exception of the polyamorous ones. But being non-monogamous doesn’t necessarily mean you’re polyamorous, either. At least not the way I understand the word. Not everybody is equipped to juggle multiple serious relationships simultaneously. Nor would everyone in that community even agree that this is what the word means.

Human beings are complicated as hell.

But sex is so central to who we are. It’s the one thing that’s absolutely essential to the survival of the species, if you think about it. Reproduction is what keeps a species from becoming extinct.

So it’s no surprise we burden this particular aspect of our lives with the most elaborate and inviolable demands. You’re more likely to be judged for some aspect of your sexuality than for anything else. Well, except for your parenting decisions. But I digress.

Even asexual people will find that their sexual categorization stigmatizes them—and they’re not even sexually active! They’re being judged for not wanting to have sex. As if it’s anybody else’s business.

I have a whole lot more I still want to say about my own experience of sexuality, especially post-Jesus. But I didn’t start this blog in order to hear myself talk about this stuff. In fact, I didn’t technically start this myself at all. It was an idea that others had and I joined up with them because I believe it is a fantastic idea: an entire blog dedicated to deconstructing the religious hang-ups we picked up around the subject of sex. The topic is nearly inexhaustible.

But you wouldn’t believe the intensity of opposition we encountered. And I don’t just mean from people who don’t think you should talk about sex in public.

We got it from every direction. People made up stories about us. They mounted character assassinations. One particular source of opposition saw us as competition for a topic they felt was their proprietary domain. And no, I won’t tell that story today. But one day I will.

I suspect the greatest challenge, though, comes from within. People find it difficult to write about their own sexuality because it’s such a sensitive subject. It’s a powder keg, and opening up a vein to bleed onto the screen about this particular thing makes you vulnerable to the ugliest of attacks from people you thought were reliable supports. Even good people can often let you down, I’m afraid.

If you have a story to tell, and you feel up to the challenge of thinking out loud about sex for the benefit of others, please drop me a note at removingthefigleaf at gmail dot com (trying to avoid bots, folks) and let’s talk about what you want to share with others.

We need to hear each other talk about these things. We’ll never get any healthier if we don’t learn to talk about it. I can tell you for a fact that I’ve invited pain and loss into my life—and I’ve hurt others—by not being open enough about this subject. But I’m learning. And I could use your help. We all could.

So what do you say? Are you willing to dip your toe into these waters? I know a ton of you have stories to tell, and thoughts to share. So hit me up. I can’t wait to hear what you’ve got to share about this, and I know I’m not alone.

(P.S. You’re welcome for not one but two ear worms today.) 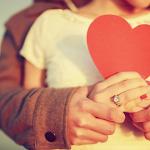 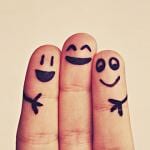