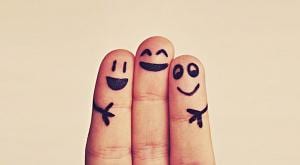 My personal journey toward ethical non-monogamy has seen its share of good days and bad alike. I’ve made a number of mistakes along the way, trusted the wrong people, and have fallen in love more than once. I’ve also broken more than one heart, and have learned I’m not very good at forgiving myself when I do (nor have they always been, for that matter).

So you can imagine my relief upon finally finding a partner who can not only relate to my approach to sexuality, but who leads the way in modeling what open, honest communication looks like in practice, even amidst a growing (though socially-distanced) romantic circle.

Distance we have plenty of, by the way, given that she and I live in separate states. Even her other guy lives in a different town from her, but each of us has reached the point in our lives where we know that if you find someone you still like even after spending several days together, you should hang onto them. The older you get, the harder they are to find.

Last year she and I married, something each of us had sworn we would never do again. When I was married before, the subject of non-monogamy was completely off the table (because Jesus), and I didn’t learn much more about how to talk about this stuff in either of the two serious relationships which followed (well, one was serious and the other was just a serious mistake).

It changed everything to have a partner willing to embark on these adventures in non-monogamy alongside me. I feel like I’ve learned so much from her about how to do this in a way that’s healthy.

Attacks from the Outside

But those who successfully cross this emotional minefield, littered as it is with boundary challenges and interpersonal jealousies, soon find they still have to deal with attacks from the outside. Given the fever pitch our culture wars have reached thanks to the weaponization of social media, it shouldn’t have surprised me when my wife got a judgmental text from someone accusing her of disorderly conduct for posting pictures of her and her guy friend camping alone together in the woods.

I explained to them that I expressly encouraged this other relationship and that I was happy to see them getting to spend time together, especially since I have to spend most of my time so far away. I thought maybe that would be the end of it, but that was just a bit of my old naiveté rearing its blessed little head so it can get chopped off again.

It happened again this week after Lori showed her support for National Coming Out Day by identifying as bisexual on her Facebook wall, prompting a host of questions and a request for a conversation from the same person to discuss how I could possibly be okay with my wife admitting not only that she likes other men besides me, but women as well?!! Where is a fainting couch when you need one?

I could probably have brushed aside the comments if they hadn’t have put the word “wife” in quotation marks this time. And now we see the judgment laid bare. The fig leaves are coming back out again, and this time they have barbs on them.

The worst part about this whole story is that my wife had little opportunity to reply to these condescending texts because she was trying to sleep on a cot in an emergency shelter where she had traveled another state away as a volunteer in order to help those who lost everything in the latest hurricane that ripped through the exact same part of the Deep South as the one before it. She was donating two more weeks of her time, now in-person after deploying virtually for several weeks prior, because there’s a global pandemic going on which makes on-the-ground help scarce.

None of this matters to an evangelical Christian, though. What matters most to them is what you do with your genitals, and whether or not you use them strictly as prescribed. This is the gist of their moral code, the top priority. Even their content and language policing for books and music and shows primarily revolves around never talking about sex unless you sound scared or ashamed while doing it. As a general rule of thumb, you’ll know you’re doing it right if everyone is cringing a little.

The Heart of the Matter

But that’s not really the heart of the matter, is it? This obsession with dictating what everyone else does in the bedroom stems from a bedrock dependence on controlling the family structure itself. That’s the true heart of their religion today. I’m finally beginning to see that the added layers of theology I was always told are so important are little more than a decorative veneer over a rigid social structure that must be preserved at all costs.

The evangelical Christian identity in America has evolved to focus entirely on the shape and appearance of the nuclear family, scripting out precisely what roles are acceptable and which ones are not. Everything depends on maintaining this fundamental social unit no matter how much the surrounding culture moves on, and no matter how much of their collective soul they have to sell to the devil in order to make it happen.

That’s why my wife’s non-monogamy so deeply offends people, and that’s how other people could feel entitled to tell us how to live our lives. It upsets the thing upon which their tribe’s entire identity is built. If you ask them what they’re about, they’ll say something about Jesus, but I don’t think that’s as accurate as they’ve been led to believe.

Were he born in our time today rather than two millennia ago, I wouldn’t at all be surprised to hear Jesus pushing back against virtually everything the evangelical Christian tradition has become. Remember how much he liked questioning the rules pushed onto him? He basically invalidated all kosher food laws when he pointed out that food goes through you and doesn’t enter your heart (he didn’t know about cholesterol). And another time he even suggested that the Sabbath was made for man, not man for the Sabbath.

Have you ever stopped to think about what that would mean? Our traditions are created for us, not the other way around, and that goes for the structure of our romantic relationships as well. Evangelicals talk as if their nuclear family structure is central to all righteous human life, and any deviation from their conception of it means you are out of bounds. They would even re-elect a man they despise to lead their country as long as he will use his bully pulpit to help them control the female reproductive system. Their very survival depends on it.

No matter what they say, marriage looks like what we say it looks like, and so does sex for that matter. It should do no harm, and it shouldn’t be exploitative of anyone involved, but aside from that what you do in the privacy of your own bedroom is your business. Marriage was created for us, not the other way around.

I could list the names of people around me whose “marriages” are still valid because, while both people involved have cheated on multiple occasions, they still publicly subscribe to monogamy because that’s the only way to stay in the group. If you don’t believe me, try changing your view on this and see how long you stay in. You’re messing with their narrative about sex, and that is the only truly unforgivable sin.

Read: “Lies the Church Told Us About Sex“

In the end what strikes me most is how utterly upside-down this moral system is. While my wife slept on a cot in a shelter helping victims of a natural disaster, someone was busy impugning her moral fiber because she enjoys more sexual freedom than they do. Worse still, she does so with the full consent of her “husband,” which screws up the entire system they’ve got in place. It just cannot be allowed.

Who cares how many refugees we turn away or lock up, and who cares which kind of white-collar criminals we elect to run our country? What matters most to the evangelical church is controlling what people do with their privates. This is the hill they want to die on. They’ll forfeit their very souls to regain control of this one thing.

Maybe they’ll get what they want, eventually, but it won’t come from us. See, you lose all power over people after you stop finding anything good to say about them. Withholding approval only works if you had it to begin with. Lori and I have already both walked through the indignation and disappointment that accompanies those who leave their faith. We’re used to being pitied.

So here we are, a bit more impervious than before to the criticisms of those who still believe that ancient Mediterranean herdsmen should dictate every aspect of our modern lives (except for the multiple wives part). The way I see it, though, if the Holy Spirit can’t give them enough insight to realize that Donald Trump is a self-absorbed snake-oil salesman incapable of telling the truth, I cannot possibly respect anything else their faith has to say to me about how I should live. It is clearly blind.

My wife and I love each other and we’ve got each other’s backs. And our marriage means whatever we say it means, and until evangelical Christianity can actually see things that are right in front of it, we just don’t care what it thinks about us.

About Neil Carter
Neil Carter is a high school teacher, a writer, a speaker, a father of four, and a skeptic living in the Bible Belt. A former church elder with a seminary education, Neil now writes mostly about the struggles of former evangelicals living in the midst of a highly religious subculture under the name Godless in Dixie. You can read more about the author here.
Previous Post 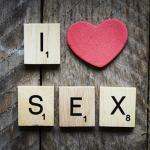 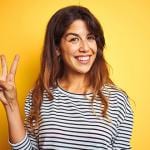 Nonreligious
When Your Lover is Non-Monogamous
Removing the Fig Leaf